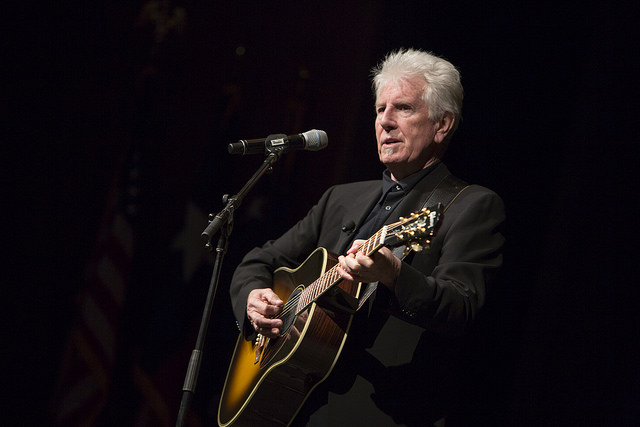 In a recent interview Graham Nash has revealed that Crosby,Stills & Nash is done as a band. Nash said that he has a had enough of being treated poorly by David Cosby.

Nash was recently interviewed by a Dutch magazine Lust For Life, who asked him if Crosby,Stills and Nash will play together again “You asked me if there’s more of CSN? My answer is ‘no,’ and that’s very sad, because we’re pretty good. But I don’t like David Crosby right now. He’s been awful to me these last two years, just f**ing awful.”

Crosby, Stills & Nash have a history of not getting along and it appears that this is the last straw for Nash. He also brought up the fact that he got into a fight with Crosby onstage last year, and alluded to their long-standing issues in discussing their split.

“I’ve been there and saved his f**ing ass for 45 years,” he continued, “and he treated me like sh*t. You can’t do that to me. You can do it for a day or so, until I think you’re going to come round. But when it goes on longer, and I keep getting nasty emails from him, I’m done. F**k you.”