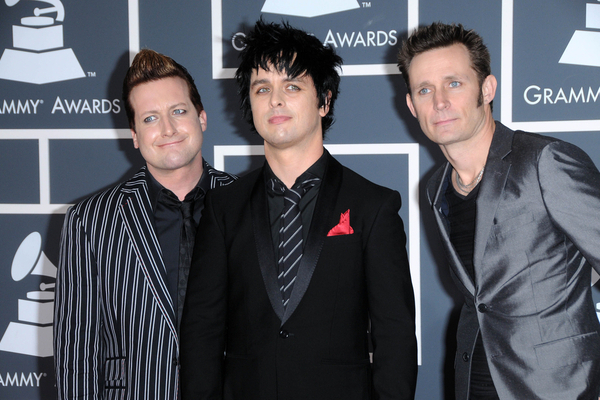 Green Day have given their first live performance since the beginning of the pandemic.

The punk outfit played a last-minute gig before a crowd of 1,800 fans at the Tulsa, Oklahoma venue Cain’s Ballroom on Tuesday night.

The concert was a warm-up for their upcoming Hella Mega tour. The tour will see Green Day play a series of stadium size venues across the US and Europe. They’ll be sharing the bill with fellow rockers Weezer and Fall Out Boy, along with ska-punk group The Interrupters.

The tour kicks off this Saturday in Dallas, with the European leg commencing in June of next year. Irish fans will have to wait until June 27th, 2022, when the tour arrives at the RDS.

The more intimate Tulsa gig gave fans a preview of what to expect from the band on that tour. Green Day’s set consisted of 16 songs including their hits When I Come Around and Longview, and album cuts 2000 Light Years Away and Scattered. The show also featured the live debut of their new song Pollyanna. Fan favourites American Idiot and Good Riddance (Time of Your Life) were surprise omissions but will no doubt return for the stadium tour. No songs from the 2020 album Father of All were performed. A cover of the KISS classic Rock and Roll All Nite also featured in the set.

Proof of full vaccination was required of concertgoers for the Tulsa show. Fans were welcome to film the show on their cellphones. You can watch recordings of Green Day’s performances of Welcome to Paradise and Jesus of Suburbia below.

Following the conclusion of the North American leg of Hella Mega in September, Green Day will feature as part of the line-up of the 2021 Global Citizen Live concert.

A 24-hour event beginning on September 24th, the concert will feature over 30 acts. Performances will be streamed across various internet platforms including BBC, Twitter and YouTube. Artists will take to the stage in Lagos, Rio de Janeiro, New York City, Paris, London, Seoul, Los Angeles, and Sydney. The event has been arranged to raise awareness of global issues like climate change, poverty and viruses.

Liam Gallagher Wants Conor McGregor To Appear In His Next Music...