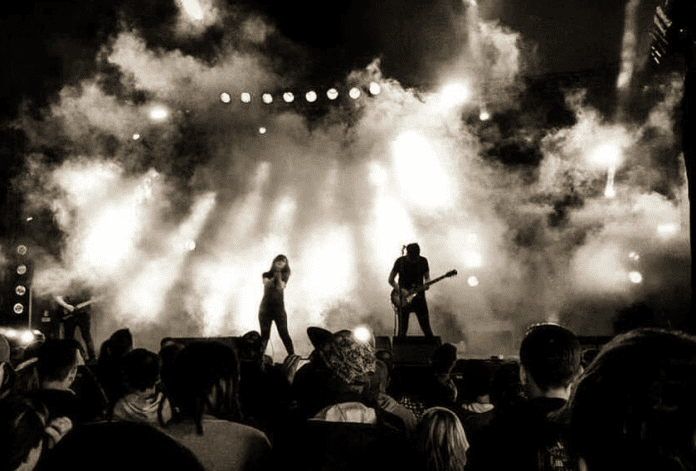 The Greywind story is a potent reminder that a whole new world of possibilities could be waiting just a few clicks away as the band are set to take on The Academy in 2018.

Rewind a few years and the aspiring band had one option; to hit the road and get their talents in front of as many potential fans as humanly possible.

Steph, who admits to being an outsider as she grew up in the tourist town of Killarney stated: “I was shy and people probably just thought ‘there’s that weird girl who listens to My Chemical Romance’.”

Nonetheless they were inspired by the likes of Thrice and Jimmy Eat World, and have this week confirmed they’ll be taking to the stage in Dublin City on Saturday, March 24th this coming year.

The gig will promote their album which possesses the visceral crunch and soaring hooks of the bands that have inspired them, with the band revelling in the challenge of live performances.

Our debut album 'Afterthoughts' is OUT NOW! 🖤🌹🔥

In April 2016 Greywind played their first ever live show, which took place on a sold out UK tour with Moose Blood.

Throughout the rest of the year they played shows with Thrice, Young Guns, Farro, along with festival appearances at Reading & Leeds Festival, Slam Dunk and The Great Escape Festival.

They also kicked off 2017 with a sold out debut headline show in London along with incredible reviews for their debut album ‘Afterthoughts‘ from the likes of Kerrang!, Alternative Press, Rock Sound and Upset Magazine.

IRELAND. Tickets for our debut Irish show at The Academy 2 in Dublin on Saturday March 24th go on sale tomorrow at 10am from Ticketmaster. Don't miss out 🌹🔥

The album charted in the Official UK Rock Chart and was released on January 27th before the summer when Greywind took to the stage at Rock Am Ring and Rock Im Park in Germany, along with Download Festival and 2000 Trees Festival in the UK.

And their rise isn’t about to slow down in the new year!

Tickets are on sale now from all usual Ticketmaster outlets, doors will open at 7pm.