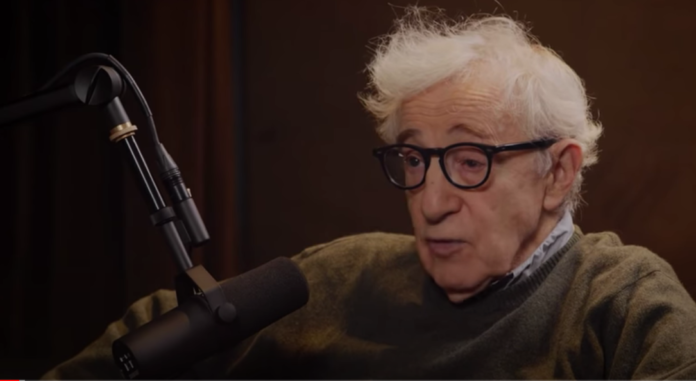 A new documentary on HBO is to air later this month, exploring the allegations of sexual abuse made against film-maker Woody Allen during the 1990s.

This four part US series by HBO is titled ALLEN V FARROW. It will discuss the allegations made by Dylan Farrow against her adoptive father, Woody Allen. Farrow claimed that when she was a child, Allen sexually assaulted her. Woody Allen has always denied these claims.

A statement also said, that this series will attempt to go “behind decades of sensational headlines to reveal the private story of one of Hollywood’s most notorious and public scandals”.

A voiceover for this documentary was also shared on this tweet. It said, “No matter what you think you know, it’s just the tip of the iceberg”.

This intruiging documentary includes interviews from Ms Farrow along with her mother, Mia.

This programme will also feature contributions from prosecutor Frank Maco, singer and reported family friend, Carly Simon and relatives. It was also include interviews from investigators and eyewitnesses.

The series was also made by Amy Ziering, Kirby Dick, and Amy Herdy. It is to be premiered on February 21.

The allegations against Allen:

Allen was accused of molesting Dylan when she was just seven years old in the 1990s. Allegations that he has always vehemently denied.

In 2018, Dylan Farrow also felt that she has being ignored over the sexual assault allegations she made against her adoptive father.

Famous faces including, Greta Gerwig, Rebecca Hall, Mira Sorvino and Colin Firth have all distanced themselves from Woody Allen in the past over these accusations.

This also comes after, it was revealed last week that Harvey Weinstein’s company liquidation has set aside $17 million to women who have accused the director of sexual abuse.

Weinstein was jailed last March for rape and sexual assault. He was sentenced to 23 years in prison. More here.