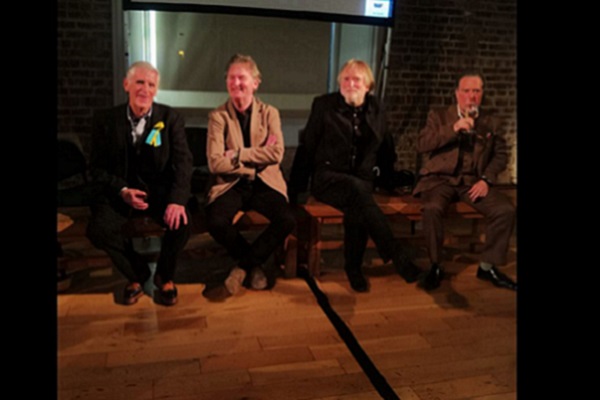 The founding fathers of Celtic Rock, Horslips have just announced the upcoming release of their boxset of film, music and printed matter.

It contains over 500 tracks and also explores their entire career. It will arrive this July.

It has been produced by Colin Harper. Harper is also a long time fan of the band and Bert Jansch/John McLoughlin biographer.

They also confirmed that a standard set will contain the following.

Check out the trailer for yourselves below.

While the books were written by biographer Mark Cunningham, the audio was put together by IFTA award winning engineer Cormac O’Kane.

This boxset also contains two previously unreleased albums. These are Breaking Star Codes (1983) by Barry Devlin and Tryal (1983) by the Host (a post-Horslips band featuring Eamon, Johnny and Charles).

More Than You Can Chew In More Detail

The boxset can be explained in more detail.

• 1 CD – Tracks from the Vaults Vol.2 – all of the single mixes and non-album tracks not included on the original TFTV (1977) compilation plus previously unreleased outtakes

• 8 CDs – anthologies of previously unreleased live and rehearsal recordings 1973–80, including The Last Time – the stunning final concert at the Ulster Hall 8/10/80 in full

“Sure The Boy Was Green”

On top of all this, Horslips will also release a digital track called ““Sure The Boy Was Green (Live 1980 `Belfast Gigs` Outtake)”. This track arrives tomorrow (17 March).

This performance had been recorded during a run of three Horslips concerts from the Whitla Hall in Belfast. It was recorded from their final three albums between 1972-1980.

Having been stored on a reel of tape, the single was never officially released.

But now, you can pre order it here.

The band themselves burst onto the scene when they released their first single ‘Johnny’s Wedding’ on St Patrick’s Day 1972. They went on to record 12 albums and tour the world, before finishing in Belfast eight years later in 1980.

However, they returned with a local performance in Derry in 2004 as part of a memorabilia exhibition, before spending the next five years producing a reunion album.

They went on to hit Belfast and Dublin again with a set of wonderful live concerts. They announced their retirement in October 2021.

Despite this disappointment, fans can enjoy this boxset, showing band members Barry Devlin, Eamon Carr, Charles O’Connor, Jim Lockhart, and Johnny Fean in all their glory, by enjoying this boxset.