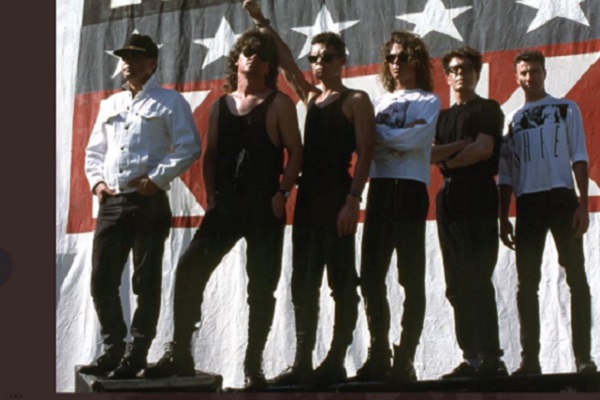 INXS are to celebrate over forty years since their first ever live performance in a special way.

INXS were formed in May 1977, playing their first ever gig in Sydney, Austrailia.

Among several plans to mark this occasion, the band are to release a special deluxe box set to mark 40 years since the release of their 1982 breakthrough record ‘Shabooh Shoobah’.

This special edition, which will also make 15 songs available on streaming services for the first time, will arrive in October.

The album will also be available on clear vinyl on the same day. This will also include a classic ‘Shabooh Shoobah’ t shirt.

INXS’ breakthrough performance, which took place in America at California’s US Festival in May 1983, will also be issued as a live album. Pre order this here.

The band also plan to celebrate this date with a special livestreamed documentary on TikTok, celebrating 35 years since the release of their album ‘Kick’.

Along with featuring each track from that album, including ‘Need You Tonight’ and ‘Mystify’, this will also feature interviews with the band, along with executive producer Giles Martin. You can watch this via the band’s TikTok account here.

“Celebrate 45 years of INXS and 35 years of KICK with a special documentary, streaming only on TikTok this Tuesday, August 16th”, INXS wrote via their Instagram account.

On top of this, INXS will also release a special 30th anniversary edition of their album ‘Welcome To Wherever You Are’, which arrived in 1992. Five music videos from this album will also be released in high definition.

Their compilation album ‘The Very Best’ will also be released, arriving on August 26.

INXS guitarist Tim Farriss also said of the album, “What Giles has done is to not only recreate the original mixes, but now you’re blown away because you hear all this stuff that you just didn’t hear before”.

When they were formed in 1977, the band were initially named the Farriss brothers, after members Tim, Jon and Andrew.