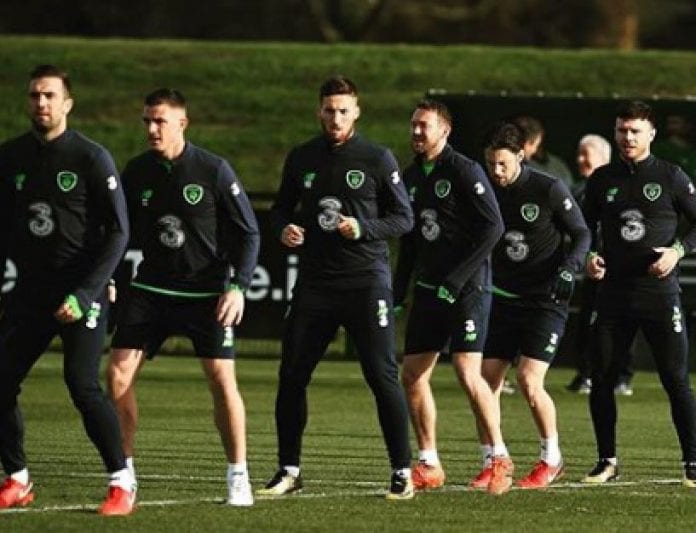 The Republic of Ireland soccer team are set to take on Denmark in their FIFA World Cup 2018 play-off at København Stadium, Copenhagen.

Saturday’s first leg has a kick-off time of 8.45pm (local time), with a large volume of Irish fans travelling to Denmark for the game.

Fans are urged to be careful as it is alleged Irish patrons who have possibly purchased Danish ticket allocations may not be permitted to the grounds ahead of the clash.

Manager, Martin O’Neill, had previously trimmed the squad ahead of the qualifier, but injuries have ruled out Richard Keogh, Sean Maguire and James McCarthy while David Meyler is currently suspended for the first leg.

However, a wonder shot by Paul McShane during a training session this week, is sure to excite fans in anticipation of the match.

The second leg of the qualifier is due to take place in the Aviva Stadium on Tuesday, November 14th.