Home Music News Johnny Cash And Kiss Are On The Cards For Funko Pop Dolls! 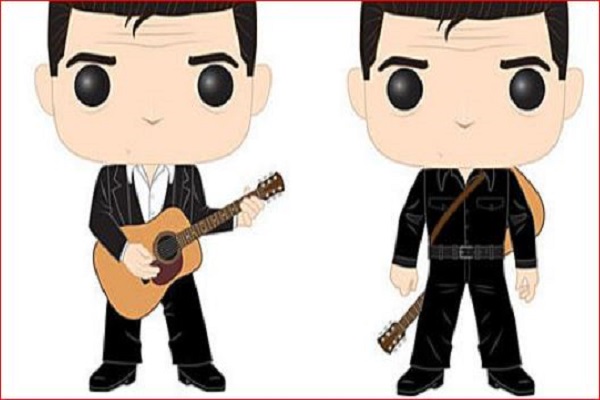 Funko has revealed the latest additions to its Pop! Rocks collection. Both Johnny Cash and Kiss are set to receive their own collectible figures.

This is Cash’s debut as a Funko Pop! doll. Two version of the iconic country singer are to be released. One sees Cash in a black suit with white shirt, holding an acoustic guitar in his Folsom Prison look. The other comes as the Man in Black with guitar slung over his back.

The updated Kiss figures display the band’s four alter-egos in their famous makeup. The Demon’s tongue is out while carrying a torch, the Spaceman is strumming on a guitar, the Cat Man sits with arms raised behind the drum kit and the Starchild is shirtless while he rocks out on guitar.

Kiss underwent the Pop! Rocks treatment once before, when a line of Kiss figures was released in 2011. The original collectibles have been discontinued for years and go for hundreds of euro on eBay.

Funko revealed the new collectibles at the New York Toy Fair. Release dates for the Cash and Kiss figures were not announced.