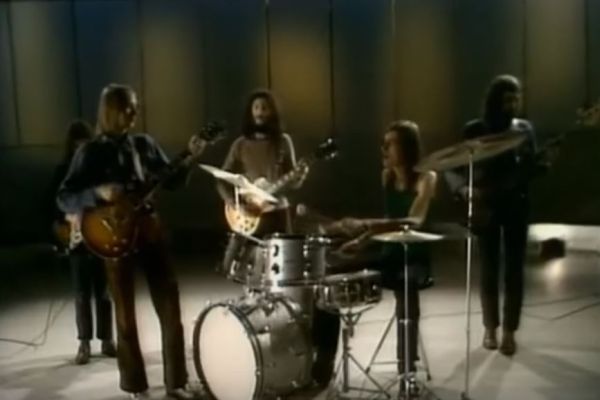 According to Billboard, Danny Kirwan, the former Fleetwood Mac guitarist and singer passed away in London on Friday June 8th. He was 68 The news of his death was announced by Mick Fleetwood on the band’s official Facebook page.

Kirwan became a member of Fleetwood Mac in 1968 and played on several records, including Then Play On, Blues Jam at Chess, Kiln House, Bare Trees and Future Games. The first track he recorded with the group was 1968’s renowned instrumental single ‘Albatross.’

In a statement Fleetwood said, ‘Today was greeted by the sad news of the passing of Danny Kirwan in London, England. Danny was a huge force in our early years. His love for the Blues led him to being asked to join Fleetwood Mac in 1968, where he made his musical home for many years. Danny’s true legacy, in my mind, will forever live on in the music he wrote and played so beautifully as a part of the foundation of Fleetwood Mac, that has now endured for over fifty years.’

While on tour in 1972, Kirwan was asked to leave the band, according to Rolling Stone that was due to his alcoholism. He then release a handful of solo albums. He was inducted into the Rock and Roll Hall of Fame in 1998, along with other members of Fleetwood Mac.

The cause of Kirwan’s death has not been made public.

Ash Are Back With A Brand New Single Ahead of New...