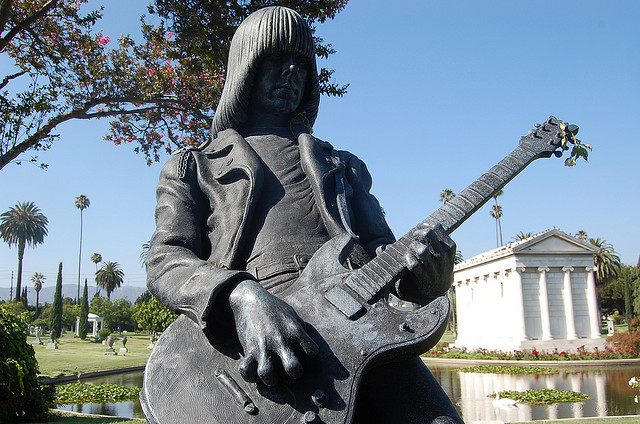 A guitar owned by the punk rocker Johnny Ramone has sold at auction for €63,180.

Johnny passed away from prostate cancer on September 15th 2004. He’s best known for being the guitarist in the Ramones and was one of the founding members of the group.

The red 1965 Mosrite Ventures V1 guitar is one of nine Mosrite guitars that he owned during his career.

At a RR Auction in Boston the axe was purchased by a familiar face, a friend of the band’s and former Ramones band driver, Gene Frawley.

In an interview with Rolling Stones, RR Auction Executive VP Bobby Livingston said: “One of just nine Mosrite guitars owned by Johnny Ramone known to exist – it is not surprising that it was able to achieve such an impressive figure.”

In 2003, Johnny Ramone featured on Time’s ’10 Greatest Electric-Guitar Players’ and was 16th on Rolling Stone’s ‘100 Greatest Guitarists Of All Time.’

Acclaimed director Martin Scorsese, is reportedly planning to make a Ramones movie, due out in 2016.

Guns N’ Roses Celebrate As They Reach One Billion Landmark!