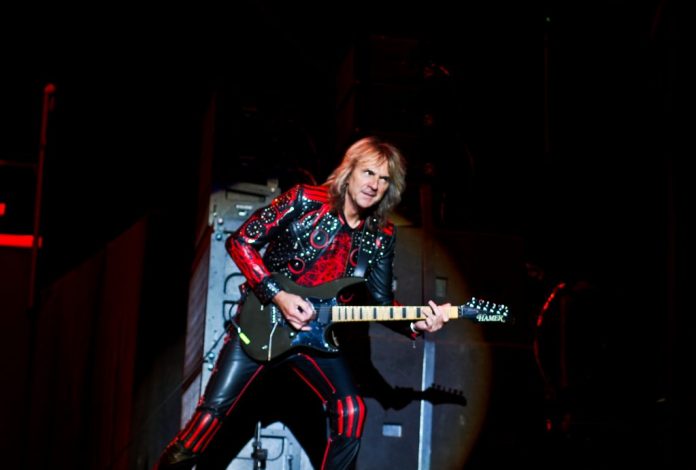 Glenn Tipton, who is one of the lead guitarists and songwriters for heavy metal band ‘Judas Priest’ is suffering from Parkinson’s disease. He has now announced that he will no longer be touring the way he used to, due to the worsening symptoms of the disease.

The seventy year old joined the band in 1974 and is a Grammy award winning artist. Judas Priest released an official statement, revealing that Tipton was first diagnosed with the disease a decade ago, but has now decided he is comfortable going public with the news.

‘Ten years ago Glenn was diagnosed to have the onset of the early stages of Parkinson’s. From then until recently Glenn has lived his life as the great heavy metal guitar player he has always been, maintaining by his own definition a standard of quality and performance that is incredibly important.

Right now Glenn is able to play and perform some of the Priest songs that are less challenging but due to the nature of Parkinson’s progression he wants to let you all know that he won’t be touring as such.’

Tipton himself added: ‘I want everyone to know that it’s vital that the Judas Priest tour go ahead and that I am not leaving the band – it’s simply that my role has changed. I don’t rule out the chance to go on stage as and when I feel able to blast out some Priest! So at some point in the not too distant future I’m really looking forward to seeing all of our wonderful metal maniacs once again.’

It was also revealed that Tipton requested guitarist Andy Sneap who produced their latest album ‘Firepower’ to replace him on stage.

‘We have been privileged to witness Glenn’s determination and steadfast commitment over the years, showing his passion and self belief through the writing, recording and performing sessions with Priest – he is a true metal hero,’ the band continued.

‘We are not surprised by Glenn’s insistence that we complete the Firepower tour and thank Andy for joining us to make Glenn’s wishes become real – as Glenn has said we also can’t wait to have him with us at any time any place on the road.’

Would You Be Disappointed If Morrissey Doesn’t Play These Tunes?