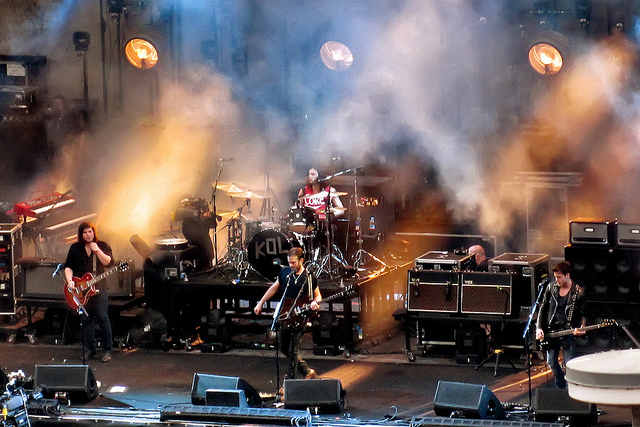 Kings of Leon have recently been announced as the headline act for this years Sziget festival in Hungary. They will be joining a packed line-up that includes Florence+the Machine, Interpol, Alt-J, Foals and MØ. Kings of Leon will be playing on Saturday, August 15th at the famous Hungarian festival.

The Nashville quartet’s last album Mechanical Bull was released back in 2013 and was met with mixed receptions.Their subsequent tour for the album was disrupted earlier back in 2014, when drummer Nathan Followill sustained injuries after a fan jumped in front of their tour bus. They had to cancel a number of appearances on their North American due to Followill having broken ribs,

At the end of last year, Nathan Followill tweeted out that the band’s seventh album would be”coming soon” after they have finished their world tour in Brazil. Clearly the band have something in the works and hopefully we will hear about them recording and or possible tour dates in the near future.