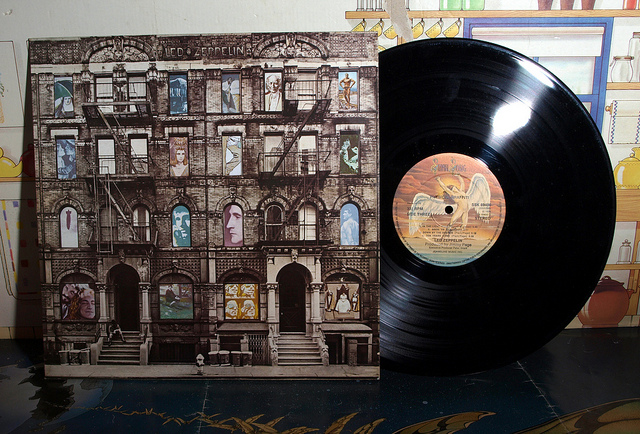 It’s a belated Valentine’s Day gift for Led Zeppelin fans, the band’s reissue of Physical Graffiti and a Q&A with guitarist Jimmy Page will be exclusively streamed.

The unheard companion audio will be available to listen to through Yahoo Live this Thursday 19th February, then fans can watch Page answer questions about Zeppelin and the making of the LP.

Physical Graffiti is being reissued on February 20th for the album’s 40th anniversary, it has been remastered and previously unheard material has been included for this edition.

Jimmy Page was involved in the remastering of the album and tried his best to insure that the bonus tracks had never been heard before.

As well as the Sunset Sound mix of ’Boogie With Stu’, an early version of’Everybody Makes It Through,’ an early version of ‘In The Light’ with alternate lyrics and an orchestra mix of Zeppelin’s rocking eight minute song ‘Kashmir’, titled ‘Driving Through Kashmir’.

The Q&A will take place in London, so the stream won’t be on in the middle of the night. The Yahoo Live stream begins at 7pm on Thursday 19th and we’ll have a link for all the diehard Led Zeppelin fans to watch.