Home Music Lemmy Kilmister’s Ashes Placed In Bullet Casings And Given To Friends! 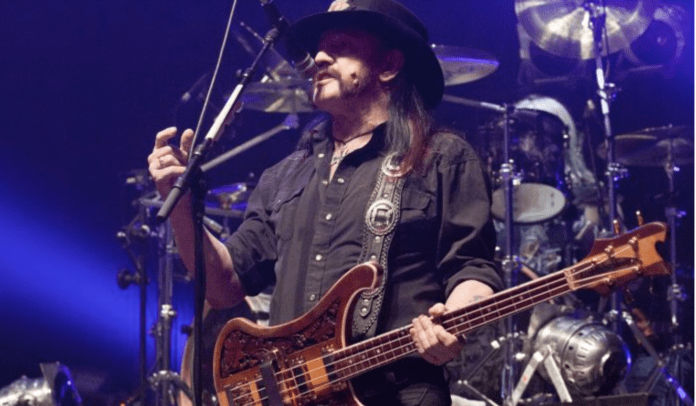 Motorhead’s frontman Lemmy Kilmister’s ashes were placed in bullet casings and distributed among his closest friends.

Lemmy passed away from heart failure and prostate cancer in 2015.

“Today I received a bullet”

This news about the bullet casings was confirmed by TV personality Riki Rachman.

Rachman stated via social media, “Before his death Lemmy asked for his ashes to be put in some bullets and handed out to his closest friends”.

He also added, “Today I received a bullet and was literally brought to tears”.

You can see that post on Rachman’s social media here.

Cash wrote this, “#Motörhead asked that his ashes be put in some bullet and given out to his closest friends, last night one was presented to my mate #whitefieldCrane whilst we were having dinner at “Lemmys bar in “The Rainbow”.

“You keep Lemmy with you forever”

A letter also came with these bullets.

It read, “We all know Lemmy knew many people, but he had few that he considered friends and even fewer that he considered family. Being that you are one of those people he considered family, we would like to share a little piece of him with you. Lemmy touched all of our lives in a way I don’t think any of us could ever forget, but with these ashes you keep not only the memories you have, you keep Lemmy with you forever. He was Lemmy. He played Rock ‘n’ Roll. Don’t forget him”.

Lemmy Remembered at the “Rainbow”

Twelve days after Lemmy died in January 2016, many of his close friends attended a gathering in “The Rainbow”, also known as “The Rainbow Bar & Grill”. Rob Halford from Judas priest, Foo Fighters’ Dave Grohl along with Slash of Guns N’Roses were among those in attendence. Metallica’s Lars Ulrich and Robert Trujillo also attended this event.

Meanwhile, Dave Grohl also revealed that Foo Fighters’ track “No Son of Mine” was a tribute to Lemmy Kilmister. Check out the track here. Grohl and several stars have paid tribute to the legendary frontman over the years.

“I wish Lemmy were alive to hear it, because he would see how much an influence he’s been to me,” Grohl said.

A new Motorhead live album and concert film is to also be released next month. “Louder Than Noise… Live In Berlin” was recorded in December 2012 during Motorhead’s “Kings of The Road” tour.

Keep tuning into to Marty @ Work, weekdays on Nova!