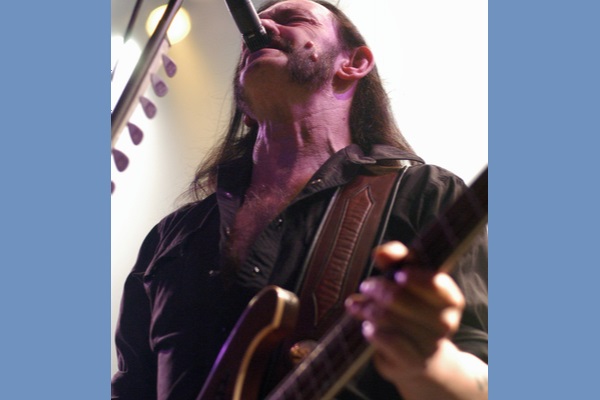 Today marks the day that six, long years have passed since Mötörhead frontman, Lemmy Kilmister sadly lost his life to cancer. As fans across the globe raise a glass of Jack and coke, some have gone one step further with their celebrations.

Long-time Mötörhead tour manager, Eddie Rocha, and production assistant, Emma Cederblad recently paid tribute by getting Mötörhead tattoos on their legs. In a lovely added touch, the guys requested tattoo artist Stina Nyman of Eyescreamtattoo.com to blend some of Lemmy’s ashes with the tattoo ink. A short video documenting the process can be seen below.

Shortly after his diagnosis with cancer, Lemmy sadly passed away six years ago to the day — December 28, 2015 — at the age of 70. Following his death, a number of personal friends and associates received bullet casings filled with the late musician’s ashes. Huge names in rock, such as Judas Priest’s Rob Halford, Ugly Kid Joe singer Whitfield Crane and Doro Pesch, have all received the special memento. A custom-made urn containing Lemmy’s ashes is on permanent display in a columbarium at Forest Lawn Cemetery in Hollywood, California.

Lemmy had dealt with several health issues over the last few years of his life, including heart trouble, forcing him to cut back on his famous smoking habits. A number of Motörhead shows had to be cancelled by the band due to Lemmy’s poor health. However, the band did manage to complete one final European tour a couple of weeks before his death.

An announcement last June had revealed that the Motörhead frontman will get the biopic treatment in an upcoming film. Directed by Greg Olliver, Lemmy will follow Kilmister’s life growing up in Stoke-on-Trent. Fans can see how the guitarist became a roadie for Jimi Hendrix, and a member of seminal psychedelic rock band Hawkwind, before forming Motörhead.