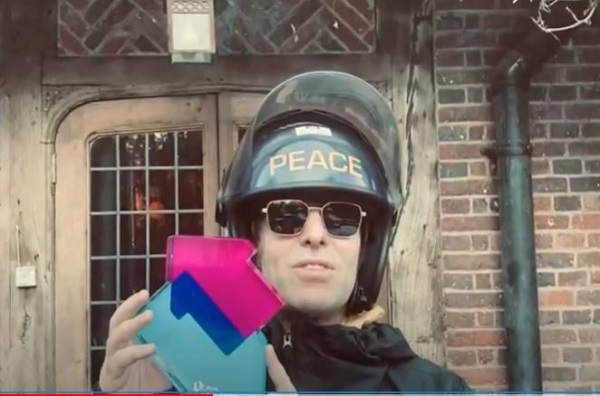 Former Oasis and Beady Eye singer, Liam Gallagher has bagged himself one of the first Official Charts Number 1 Awards for vinyl with All You’re Dreaming Of.

It comes after the Official Charts Company expanded their Number 1 Award to include specialist charts such as Vinyl, Afrobeats and Classical. Along with Liam, Bristol band IDLES, classical cellist Kanneh-Mason, and rising stars of UK afrobeats, Darkoo & One Acen also bagged the new award for their standout achievements in 2020.

Liam’s festive charity single, in aid of Action For Children, was the top-selling single on vinyl in 2020. This helped the rocker become one of the first-ever recipients of a #1 Award for the Official Vinyl Chart. All of the proceeds from the release of All You’re Dreaming Of on 7″ and 12″ record helped provide support for vulnerable young people over the Christmas period.

2020 saw the Manchester rocker sit at the top of the Official Vinyl Charts for a number of weeks, after Liam racked up three solo #1 albums over the years.

The Invisible Sun hitmaker posed with his award, while wearing a crash helmet emblazoned with “PEACE”. In a short clip, 48-year-old Liam thanked “everyone for making ‘All You’re Dreaming Of’ the UK’s top-selling vinyl single of the year, number one on the Official Vinyl Chart 2020.”

At the beginning of the month, we learned that Liam had called on his brother Noel for an Oasis reunion, in what is the biggest will they, won’t they in music. However, Noel recently confirmed that Oasis are to record a new album, but without his brother Liam.

Noel revealed that he is keen to record some new music, 12 years after the band split. However, he said the rest of Oasis will be recording a 14 track album, without Liam. These 14 tracks are songs that did not make it onto previous albums.

The Riptide Movement Among Acts To Join The Coronas And Manic...