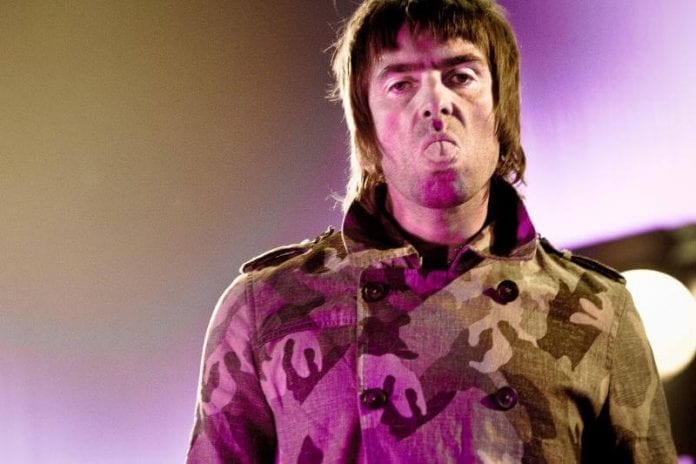 Liam Gallagher seems to be taking a page out of Kanye West’s twitter playbook. When you’ve a new album coming out, troll the hell out of everything.

Liam has spent the last few weeks drumming up publicity for his new album, continuously tweeting out some epic put downs against his brother Noel.

A few weeks ago, Liam warned that Noel fans would have nowhere to run and hide when his new album came out. Liam’s upping the ante now and saying he’s going to do Noel songs better than Noel himself.

The former Oasis singer who is heading out on his first solo tour has promised fans he will open the shows with “Don’t Look Back in Anger” (bit of an ironic song choice), and close them with “Rocking Chair”. While both are Oasis songs, they were written and performed by Noel.  “About time they were done proper,” Liam stated on twitter. Classic.

He didn’t just stop there though, of course not. He continued the rant by stating “To all you NG fanboys I can and will sing any song he wrote bigger better than him even if I was kicked in the b***** by a wood pigeon”. He followed that tweet up with a simple “ha ha”

Liam also announced the title of his new song “Not For Sale”. It will be taken from his upcoming new album As You Were, which he has described as “not Pink Floyd and it ain’t Radiohead. It’s chin-out music.”

Anticipation for the album was pretty high already, with Mat Whitecross, the director behind the Oasis Supersonic documentary, saying the album was “Epic” and sounded like Velvet Underground.

No release dates have been announced for the new music, but it’s expected to be released sometime in the next few months.

We, for one, are ‘proper’ excited.

Robbie Williams Calls His Past Feud With The Gallagher Bros “Unbearable”