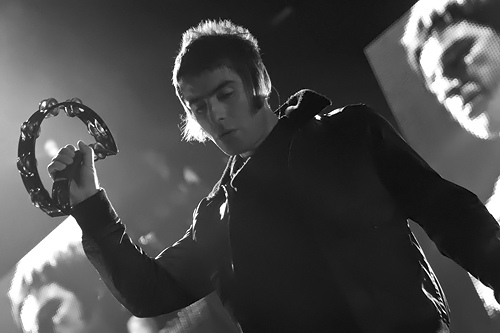 Gallagher was performing in Sydney, Australia yesterday when he noticed a young fan in the audience. Making the young lad’s night, Gallagher called him over to give him his Tambourine. ‘Why?’ You Ask? So he could play along to Wonderwall, of course.

He apparently dedicated the song to the fan aswell. Twitter users commended Gallagher in their posts:

Gallagher revealed on Twitter in October that he owns a ‘collection of around 1,500 to 2,000’ tambourines – “round ones and triangular”.

Liam seemed to be very impressed with the gig too.

Melbourne you brought it tnight thankyou as you were LG x