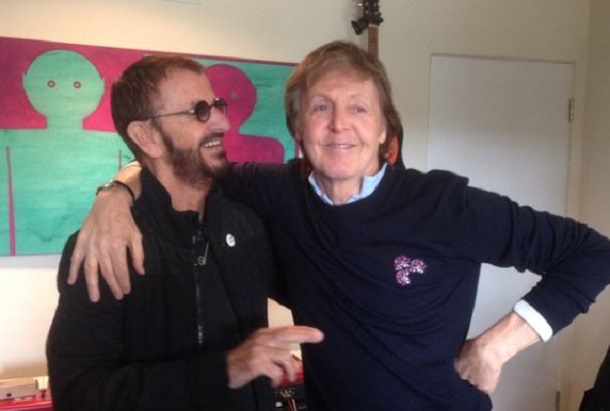 Paul McCartney has dropped (yes…dropped) a new EP that comprises of a remastered rendition of ‘Beautiful Night’ accompanied by Beatles legend Ringo Starr.

The NME reports that ‘Flaming Pie’ is expected on July 31st. You can check out ‘Beautiful Night’ on Spotify below.

The music outlet also reports that the EP comes with a 1995 demo of ‘Beautiful Night’ and ‘Oobu Joobu Part 5’ as well as alternate mixes and interview recordings of McCartney and Starr chatting about the track.

Also, at 1700 BST today, a newly remastered music video for ‘Beautiful Night’, originally captured back in 1997, will also be shared on the web.

Thanks for coming over man and playing Great bass. I love you man peace and love. 😎✌️🌟💖😇☮ pic.twitter.com/Z5kpyLLlkO