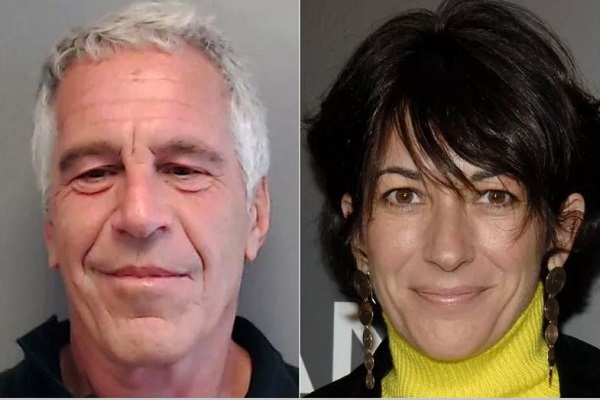 The weekslong process of jury selection for the federal sex trafficking trial of British socialite, Ghislaine Maxwell, began today in the US. The former girlfriend and property manager of Jeffrey Epstein has been charged with recruiting teenage girls for Epstein to sexually abuse.

According to the prosecution, Ghislaine helped Jeffrey Epstein “recruit, groom, and ultimately abuse” victims known to be under 18, including one girl as young as 14. Within an indictment, prosecutors said Maxwell and Epstein would first befriend victims, taking them shopping or to the movies, and asking them about school and their families.

Maxwell is said to have then spoken to victims about topics of a sexual nature, even undressing in front of them. The inappropriate behaviour then escalated to Ghislaine eventually being present during sex acts involving Epstein and the minor.

Dying in August 2019 while awaiting trial in a federal prison, Epstein’s death had been ruled as a suicidal incident. Maxwell has vehemently denied all charges brought against her, with her lawyers even suggesting that the government only charged her because Epstein had died.

Counsel for Maxwell wrote in a February 2021 filing; “One does not need to engage in complex analysis to understand what has happened here: the government has sought to substitute our client for Jeffrey Epstein.”

Several requests made by Maxwell’s defence have been denied in the lead-up to proceedings in the Southern District of New York. A judge has rejected a request by her lawyer to ban the terms and to refer to the accusers by their full names. US District Judge Alison J. Nathan ruled to allow the prosecution to refer to accusers as “victims” and “minor victims”. The judge also ruled for the use of pseudonyms or to be referred to by their first names only.

The decision was announced at a proceeding where Maxwell attended in shackles. Due to the pandemic, it is only Ghislaine’s second time in court since her 2020 arrest on sex trafficking and perjury charges.

Although the initial charges brought against Maxwell relate to sex trafficking in the ‘90s, further charges have been added to the list. Earlier this year, additional sex trafficking charges had been filed by prosecutors, expanding the window of alleged crimes to between 1994 and 2004. Also pleading guilty to the recent charges, Ghislaine will face up to 80 years in prison if convicted for her crimes.

Judge Nathan has also rejected requests from the defence to block the public and the media from attending the selection proceedings. The ruling has arranged for viewing of the Maxwell case from an overflow room and a pressroom. The courts have also refused to block the public from seeing the blank questionnaire that will be given to about 600 prospective jurors.

“These procedures are carefully balanced and tailored to ensure the safety of the parties and prospective jurors in light of the continuing pandemic; to ensure juror candour, impartiality, and privacy; and to ensure the First Amendment right to public access of criminal proceedings,” Nathan wrote in an order on October 22nd.

It has also been ruled that attorneys will be given a list of prospective jurors’ names on the first day of face-to-face questioning, November 16th. Lawyers for Maxwell have been denied their request that she releases names sooner, so they can look into potential jurors’ backgrounds for potential issues.

The defence of Maxwell have asked Judge Nathan to reconsider her ruling, stating the impossible task of conducting “any meaningful research” when waiting until the 16th. Opening arguments are due to take place on November 29th, with attorneys estimating the trial to last six weeks.