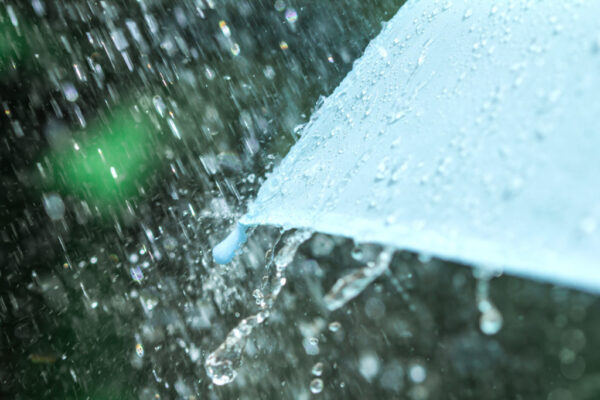 Met Éireann have issued a weather warning for 14 counties ahead of an “unsettled week” with wet and windy conditions.

The 24 hour weather alert will come into effect at midnight Tuesday and will last until midnight on Wednesday.

They also warned that rainfall of between “30 and 50mm” is expected and is to be even “higher in mountainous regions”.

Today is expected to be bright and breezy, with scattered showers in the Atlantic Coastal counties in the west.

After a fairly mild day, temperatures are expected to plummet to freezing tonight.

“Quite cold with a risk of frost”

Showers are expected for southern counties as well as the southwest. Temperatures are to drop significantly to between zero and four degrees.

Met Éireann also warned that it could become “quite cold with a risk of frost”.

Showers are also likely for Munster and Connacht before extending to the rest of Ireland after midnight on Monday.

Counties in the southwestern region will also be hit with heavy rainfall. There is also a risk of localised flooding continuing throughout the week.

“Unsettled” weather is expected from Tuesday onwards. Gusty winds and lingering rain will occur for most of the week, according to Met Éireann.

Inclement weather is also predicted for Tuesday along with spells of heavy rainfall and strong gale force winds expected to continue through the night.

Leinster and Munster will experience wet weather on Wednesday morning, however it is to become more pleasant throughout the day.

Bright spells and showers are anticipated for the entire country, but it will become drier in the afternoon.

Wednesday night is to be dry too, with some showers expected to hit west Munster, Connacht and West Ulster.

Some winds and sunny spells are forecasted for Thursday with showers likely to also continue.

Met Éireann look ahead to the weekend

The weekend’s weather is likely to be settled. Met Éireann also added that drier conditions are expected into March.