Advertisement
Home Music Michael Jackson Once Attempted To Convince Film Bosses That He Should Be... 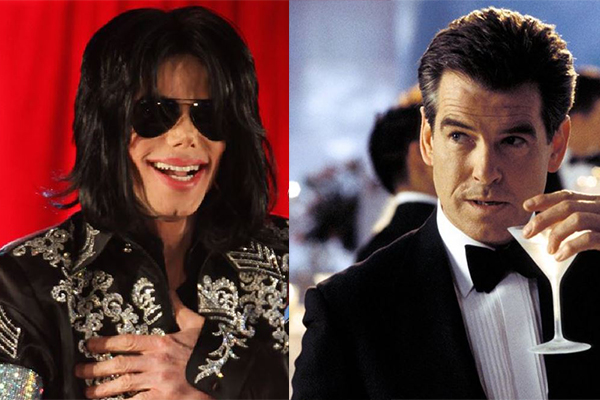 It appears that Michael Jackson wanted to become a film icon as the first black James Bond. According to Hollywood agent Michael Ovitz, the legendary singer once begged with film bosses to let him star as James Bond back in the 1980s.

In his new autobiography, Ovitz states that Jackson once confessed his wish to be ‘the star of an action movie’ during a meeting at his Los Angeles home.

The high profile agent claims that he and his associate Ron Meyer had difficulty taking Jackson’s admission seriously after his famous black hat fell into a dish of nearby guacamole. Seemingly unfazed by the mishap, Jackson continued professing his desire to be Bond with a sizeable blob of guacamole sitting on his hat.

Writing in his book Orvitz explained, ‘Then the blob fell off, and Ron totally lost it. I cracked up, too, and Michael stalked out. I found him and explained for 15 minutes that we hadn’t been laughing at him,’ “Finally, Michael’s face cleared. ‘OK, Ovitz. OK,’ he said. ‘But I want to play James Bond.’ I am proud to report I didn’t laugh, this time.”

After enduring Jackson’s pleas once more, Ovitz had to let the pop icon down gently, saying that he was, “thinly built, you’re too sensitive, you won’t be credible as a brutal block of stone.” Although Jackson’s Bond ambition never came to fruition, he did feature in a number of big screen roles during his career – including leading roles in The Wiz and Captain EO.

Sheffield Band The Sherlocks Are Due For The Academy This October