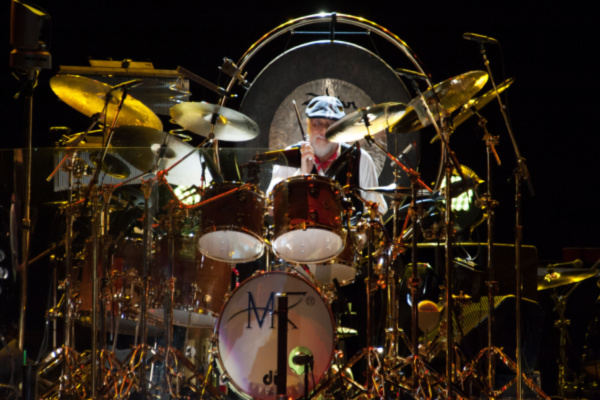 Despite the incredible success achieved from years as drummer and co founder of one of the most famous bands in the world, Mick Fleetwood had admitted dreaming about playing with another iconic rock group, the Rolling Stones.

Despite never drumming with the band, Mick Fleetwood has collaborated with several members of the band in his time. He played with Keith Richards and Jerry Lee Lewis on the short lived variety show Salute!

Fleetwood was also on the drums for Ronnie Wood’s solo album Gimme Some Neck, which arrived in 1979.

Playing With Rolling Stones Was “My dream” – Mick Fleetwood

Speaking recently, Mick Fleetwood has admitted dreaming about playing with Mick Jagger and the Rolling Stones.

“I used to go down and see the Rolling Stones at Eel Pie Island [in South London] when I didn’t know them at all”, he said, as he reflected on his early years in the band the Cheynes.

“We went on tour with them in 1964. And to this day Keith Richards is one of the three people who call me Michael; John McVie and Eric Clapton are the others”.

Mick Fleetwood also added that he would dream about being asked to deputise as the band’s drummer.

“The Stones really are my favorite band”, Fleetwood revealed. “My dream was always that Charlie Watts got the flu, and I get to save the day and play with the Stones for a week. But the call never came”.

After Charlie Watts passed away last August, Fleetwood paid a very special tribute to the late drummer, who was 80 years old.

“Dear Charlie, I, like so many, am sad today. … However, knowing there are no words, still I’m driven to say to you … ‘You, in life, had style!’ You as a player were above and beyond! You are my dream come true! No one could drive a band like you!”.

Steve Jordan has deputised as drummer for the Rolling Stones since Watts’ death, including the band’s special 60th anniversary European and UK tour.

Earlier this week, Brett Tuggle who served as Fleetwood Mac’s keyboardist from 1997 to 2017 passed away aged 70.