Home Music The Mystery Behind GNR Posters Has Been Revealed 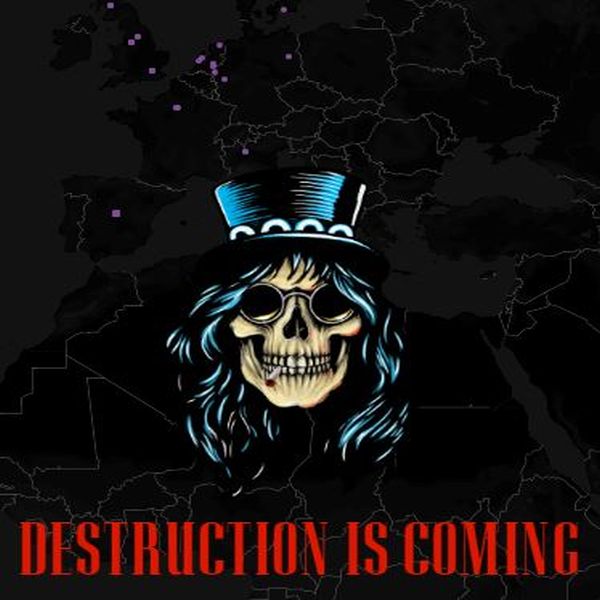 Nova reported yesterday that a billboard appeared in London featuring all five original members of Guns N’ Roses. Steven Adler and Izzy Stradlin, were omitted from the reunion lineup but were featured in the poster artwork pictured below.

On a website called GNR.FM, there was also a graphic that stated,  ‘DESTRUCTION IS COMING’ with a countdown that expires this Friday.

Steven Adler recently opened up in an interview concerning his and Izzy Stradlin’s omission from the Not In This Lifetime tour with Hysteria Mag.

‘The thing about Guns N’ Roses that made us so great and so magical is because we were a magic band, like Led Zeppelin, or Aerosmith, or Queen. Once we were together we couldn’t do anything wrong. If one person left the band and did Appetite, Appetite would not be Appetite. And it’s a shame because Use Your Illusion when we did the demo tape, I kept saying, or we kept saying, it was gonna be bigger and better than Appetite but once they kicked me out of the band, part of the magic was gone. It’s a different band. A completely different band.’