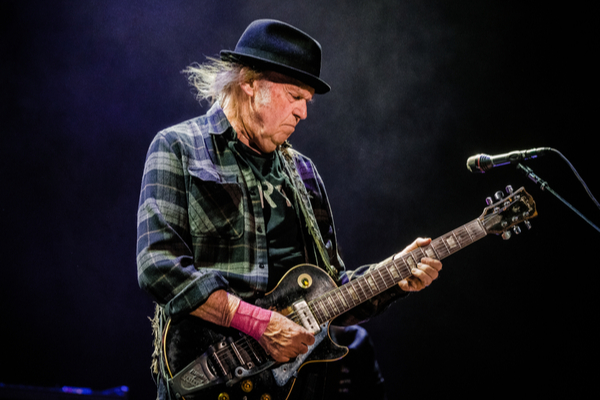 The Neil Young saga has costs Spotify and has cost them hugely, $4 billion to be exact.

This comes after Young had previously asked for the removal of his music from the platform, following its support for the Joe Rogan Podcast. Young claimed that the podcast spreads misleading information about Covid vaccines and pandemic protocols.

Following Young’s departure, Spotify’s shareprice dropped by 12% before settling at 6% on the NASDAQ. The hastags #CancelSpotify and DeleteSpotify also started to trend on Twitter following this news.

“They can have Rogan or Young. Not both”, the singer said.

Joe Rogan is a known anti-vaxxer. He also caused controversey when he argued that the term Black should only apply to the darkest of African natives.

In support of Young, singer Joni Mitchell has also confirmed she will also be removing her material from Spotify.

“Irresponsible people are spreading lies that are costing people their lives”, she stated. “I stand in solidarity with Neil Young and the global scientific and medical communities on this issue”.

Other musicians have also pledged support for Young.

Following this news, Spotify have since confirmed that Covid-19 content advisories will be added to all podcast episodes.

The streaming service’s CEO Daniel Ek has released a statement, setting out the company’s plan to combat Covid misinformation on the site.

The Spotify statement reads, “This advisory will direct listeners to our dedicated COVID-19 Hub, a resource that provides easy access to data-driven facts, up-to-date information as shared by scientists, physicians, academics and public health authorities around the world, as well as links to trusted sources”.

“This new effort to combat misinformation will roll out to countries around the world in the coming days. To our knowledge, this content advisory is the first of its kind by a major podcast platform”.

Spotify’s platform rules have also been made availbale for public viewing for the first time.

These rules tell creators what is and is not allowed to be published on their site. Users have been told that they cannot share “content that promotes dangerous false or dangerous deceptive medical information that may cause offline harm or poses a direct threat to public health”.

Spotify said that calling Covid “a hoax, or not real” is an example of content that is not allowed onto the site. Other examples include, “encouraging people to purposely get infected with COVID-19 in order to build immunity to it”.