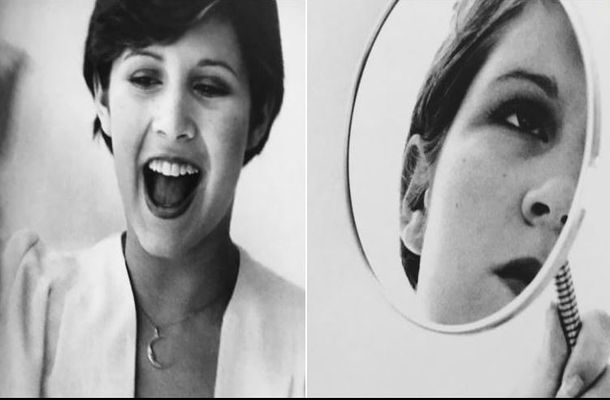 According to the NME, the biography, titled, ‘Carrie Fisher & Debbie Reynolds’, will be published next month. In the new book, claims are made detailing that Fisher, ‘had affairs with Freddie Mercury and David Bowie’ when she was a teen.

According to film historians, Danforth Prince and Darwin Porter, Bowie and Mercury both cheated on their partners to be with the Star Wars icon back in 1973. At the time, the 17-year-old actress was attending classes at the Royal Central School of Speech and Drama in London. The budding actress became acquainted with the pair after she was invited to a party with her mother Debbie Reynolds, who had been asked to attend with Mick Jagger.

Bowie had already launched his Ziggy Stardust persona, and Carrie Fisher found herself attracted to someone who ‘had made the world a better place for rebels, oddballs, and misfits like me’. This was first disclosed to Porter following an interview with the actress Joan Hackett in 1983.

Fisher had opened up to her close friend Hackett that David Bowie ‘seemed to survive for days on brain-sizzling cocaine, drinking only milk for nourishment. Some nights were torture for him as he sank into a cocaine pit of hell… He could be ruthless, mean, jealous. At other times, he conquered his demons and could be sweet and tender, wanting and needing love.’ As well as this the actress remembered that, Bowie told her, ‘I’m adored by millions of fans, but I feel at times like I’m all by myself out there on the edge of a cliff that is slowly giving way.’

With regard to her affair with Freddie Mercury, the book maintains that, ‘In addition to an endless parade of boys and young men on the side, Mercury occasionally seduced a young woman and had a long-time relationship with Mary Austin… Carrie said she didn’t want to interfere with his ongoing love affair, but he dismissed her concerns.’

The biography titled ‘Carrie Fisher & Debbie Reynolds’ will be published in the UK next month.