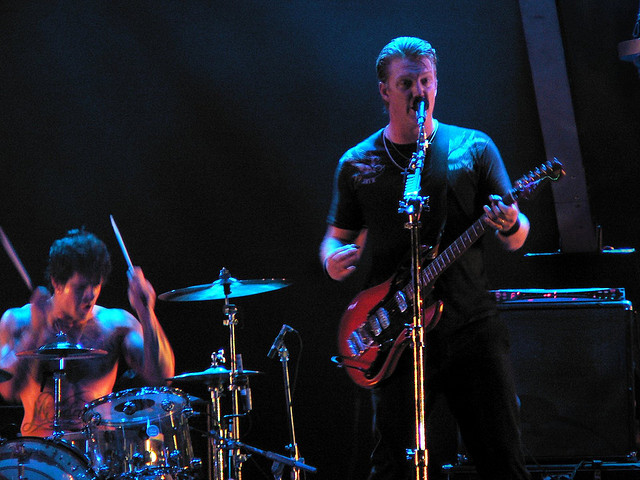 When Josh Homme and his band covered Elton John’s ‘Goodbye Yellow Brick Road’ last month in L.A, it turns out it wasn’t just a cover thrown in for a buzz. It has transpired that the cover was actually a kind of teaser for an Elton John tribute album. Revamp and Restoration due this April will be a two disc release featuring a slew of artists from all genres.

According to Ben Kaye the double album will highlight, ‘John’s decades-long writing partnership with Bernie Taupin, each album will find the pair’s music reimagined in completely different styles: Revamp is pop and rock focused while Restoration features country artists.’

In a statement announcing the project Elton John said,

‘Restoration was Bernie [Taupin]’s project, and he’s a huge country fan. On Revamp, I wrote out a wish list of people that I would love and asked them, and to my surprise, most of them said yes, and we have quite an astonishing eclectic crew.” Queens of the Stone Age appear on the Revamp album.

Queens of the Stone Age performed ‘Goodbye Yellow Brick Road’ onstage February just gone at the Forum in LA. Villains producer Mark Ronson appears in the clip. It’s unclear if he will feature on the studio version.

Elton John’s Revamp and Restoration tribute release is due April 6.