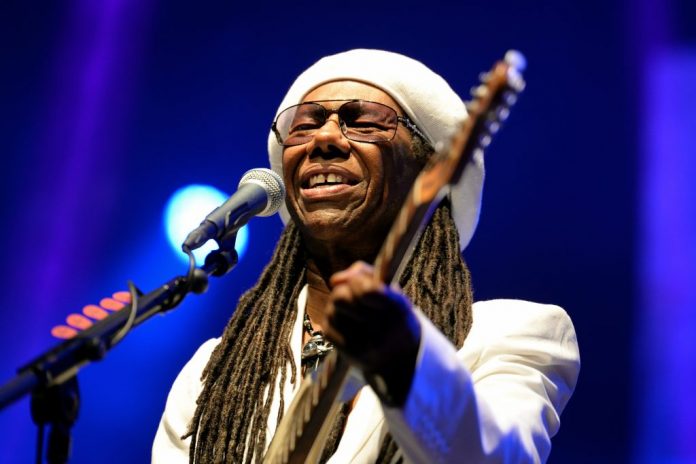 The music legend that is Nile Rodgers, will perform in Malahide Castle this Summer along with his sensational band Chic. Rodgers revealed that the gig will take place on Saturday, June 16th and will see very special guests, Soul II Soul and Craig David perform.

Tickets for the gig go on sale this Friday, 16th of February at 9am and prices start at €49.90 including booking fee.

Soul II Soul have sold over 10 million records across the globe, with ‘Back To Life’ being one of their biggest hits. Craig David made his big comeback last year, to the joy of his naughties fans.

Rodgers was entered into the Rock & Roll Hall of Fame just last year, after being entered into the Songwriters Hall of Fame the year before. Which isn’t surprising, given his own massive contributions to music, along with his work with artists such as David Bowie, Madonna, Diana Ross and more. He has continued to evolve musically over the years, having recently collaborated with Sam Smith, Avicii, Disclosure, Daft Punk and more.