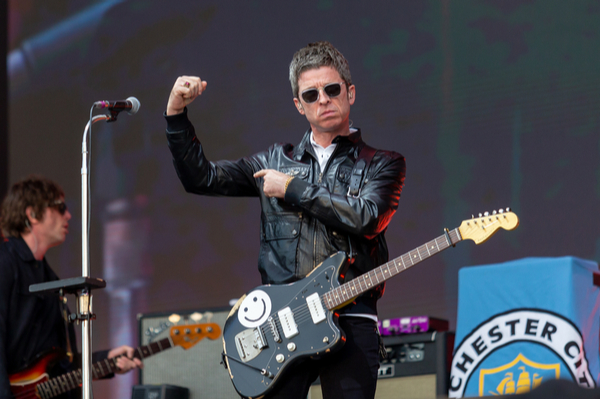 HIGH Flying Birds frontman, Noel Gallagher has admitted to having no technical skills and is only good at “smoking weed and talking about Manchester City”. Despite having an exceptional knack for song writing, Noel insists he does not have many practical skills in setting up his gigs.

The four-decade veteran of the music business insists he does not have many life skills, nor practical skills in making shows. Noel revealed his shortcomings in Sky Arts show, The Live Revival, where he said: “Still to this day, I’m f****** grossly underqualified to be a technician of any kind. Can’t drive, can’t f****** swim. I’m s**t at most things apart from smoking weed and talking about Man City.”

The 53-year-old rocker admits he and his fellow Oasis bandmates would panic backstage over possible faults because they could barely change a guitar string. Noel said: “What’s going to happen here if he snapped a bass string, he’s f*****!”

The Live Revival is a three-part docuseries, focusing on 550 small music venues across the UK. These venues are said to be in danger of closing down due to the lockdown which was imposed to curb the spread of COVID-19.

During his appearance on the show, Noel criticises the British government for “abandoning” the music business in their coronavirus support. Thousands of artists, including Noel’s High Flying Birds, have been unable to perform live in over a year.

You can catch Noel giving his opinion on the state of the music industry on The Live Revival tonight at 9pm, on Sky Arts.