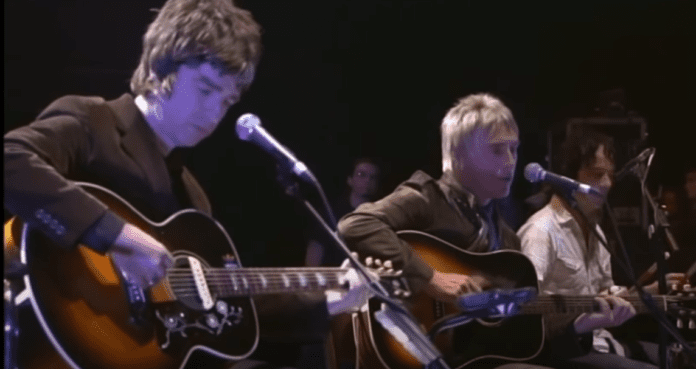 Gallagher is good friends with the Modfather. He also claimed that Weller completed the follow up to 2020’s “On Sunset”, while staying at home during Lockdown.

“I’ve seen him and I’ve spoken to him a couple of times”, Gallagher said.

The former Oasis star continued, “I know he’s recorded another album since lockdown started. He had one that came out in lockdown and about two weeks later he’d finished another one. He’s a got a great studio”.

This also comes after Gallagher annouced recently that he will be recording an new album with Oasis, without his brother Liam.

Gallagher also has plans with his band Noel’s High Flying Birds, as well as some collaborations. He recently described the new material that High Flying Birds have produced as, “if The Police and The Cure were in a band together”.

He also said, “I’ve written a tune that sounds very much like The Cure. I didn’t even have to dial back the copyright, it just sounds like The Cure. It’s called ‘Pretty Boy”.

The songwriter also teamed up with dancing duo Camelphat on a track called “Not Over Yet”. He is to also collaborate with rapper Dizzie Rascal.

In July 2020, Paul Weller became followed John Lennon and Paul McCartney by topping the UK album chart in 5 consecutive decades. He became the third artist to do so. He shot to the top of the charts with his LP “On Sunset”.

Like many musicians, Weller has had to previously halt any plans for his latest live tour due to the ongoing pandemic. Any details on his 16th album have yet to be revealed.

Speaking last Summer, Weller said, “I love just making music, making records. I don’t wish for anything else to be honest with you”.

He was set to tour in March, but had to push the dates back to Novemeber and December 2021. However, he still plans to begin touring next Summer, including three nights at London’s O2 Academy, Brixton and Kentish Town Forum.

The album was awarded four stars by NME in their review. They described the songs as “well written”.

They also added, “There’s a lightness of touch and a tenderness at ‘On Sunset”s heart that makes a song like ‘Old Father Tyme’. The record’s soulful and brass-lathered centrepiece, on which the 62-year-old stops to take stock of a life spent pushing things forwards, just that little bit more bittersweet”.

You can listen to “On Sunset” here.