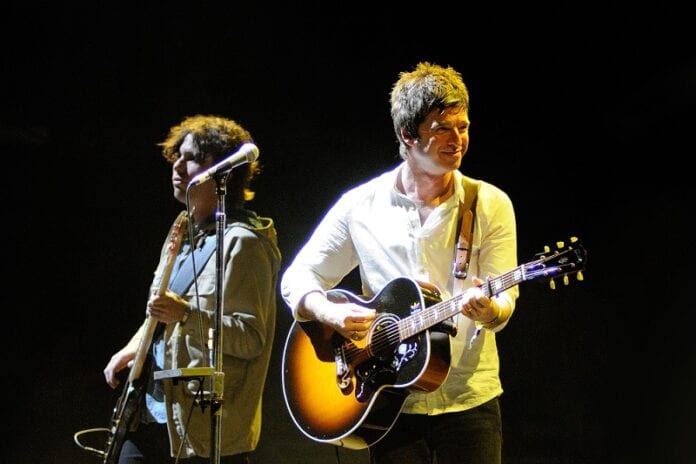 Noel Gallagher has discovered an old copy of a lost solo record he assumed he’d destroyed for good in his sock drawer! After leaving Oasis back in 2009, Noel recorded with the experimental producers Amorphous Androgynous on what would have been the guitarist’s debut solo album.

The space rock project was eventually set aside in favour of his efforts with Noel Gallagher’s High Flying Birds. Only a single track, ‘Shoot a Hole Into the Sun,’ was released as a B-side to his new band’s track ‘Dream On.’ Noel had claimed in the past that he despised the record so much he destroyed every single shred of the music – but has now revealed that some copies of the interstellar rock still exist.

Speaking to DJ and comedian Matt Morgan, Noel Explained, “I did find a copy of it recently in a sock draw. The masters (tapes), somebody has them, the masters have not been destroyed – but it won’t be coming out any time soon.” However, Noel appeared to have a change of heart and mind as he claimed that it’s a project he might like to go return to eventually.

“It might be nice to go back and revisit it in years to come, because Shoot a Hole into the Sun is f**king great and there might be more stuff like that in there. Best to give it a bit of distance though I think”. He went on to say that the record “just wasn’t right for the time.

A much more chilled out response than when he was asked about the album in 2015. Speaking to Noisey.com, he said that he’d wiped all traces of the album off the face of the Earth. “There’s no bootleg because I own the master and I destroyed it, My manager’s not even heard it. I wouldn’t play it. It was so underwhelming to me that I never played it to anybody.”

Since then his music has taken a more experimental direction, with his latest record, the Mercury-nominated Who Built the Moon, inspired by psychedelic and glam rock under the guidance of David Holmes.