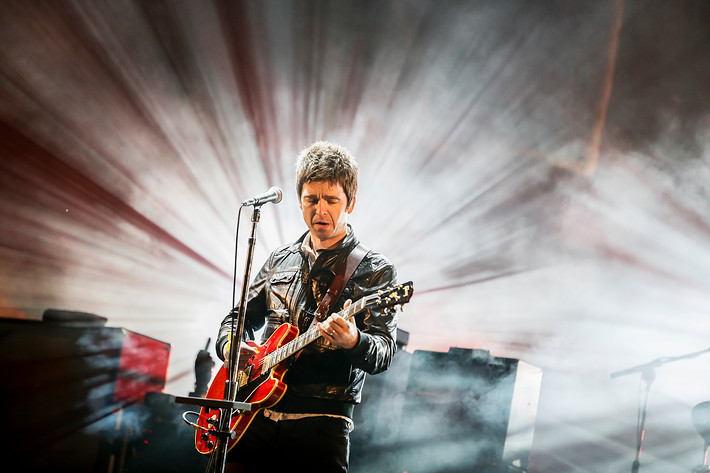 Noel Gallagher has now been one of the most loved and successful songwriters for over a quarter of a century and recently won the 2018 Q Awards for Outstanding Contribution To Music and Best Solo Artist – adding to Noel’s list of prestigious accolades including the Ivor Novello Award for Outstanding Song Collection in 2013, NME Godlike Genius Award in 2012 and the Q Icon Award.

Noel’s last album, ‘Who Built The Moon?’ was recorded in sessions spanning 2 years with renowned producer, DJ and composer David Holmes in Belfast and London.  It was released in November 2017.

The album debuted in UK at Number 1, achieving gold certification in less than 2 weeks after its release – making it a hat trick of Number 1 albums for Noel. Live, Noel continued to tour the world relentlessly, encompassing landmark open air shows and festival headlines, with a selection of songs he’s written and released over the past three decades, and this time with an expanded 11 piece band.

‘Who Built The Moon?’ was also a record-breaking 10thconsecutive chart-topping studio album in UK for Noel – no other artist has achieved such a feat.

Tickets are priced at €49.90 including booking fee.