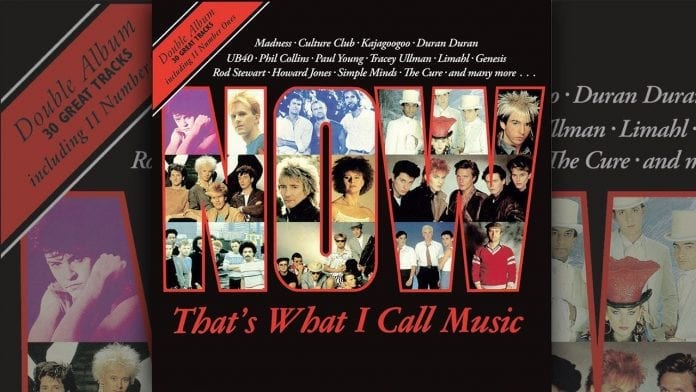 The very first Now That’s What I Call Music compilation album is being reissued for this year’s Record Store Day.

Now That’s What I Call Music 1 is coming out on vinyl in April. The established series has had 89 other editions since its launch in 1983.

It initially came out on vinyl and cassette tape in 1983 and to celebrate its 25th anniversary in 2009, Now 1 was re-released on CD.

Now That’s What I Call Music 1 contains 30 tracks, 11 of which were number one singles. ‘You Can’t Hurry Love’ by Phi Collins, Duran Duran’s ‘Is There Something I Should Know?’, UB40’s anthem ‘Red Red Wine, Culture Club’s ‘Karma Chameleon’ and ‘Wherever I Lay My Hat (That’s My Home)’ by Paul Young were all at number one in the UK.

Watch the original ad for Now That’s What I Call Music 1 below.