Home Music News Opinions Split On The Casting Of Pete Davidson As Joey Ramone In... 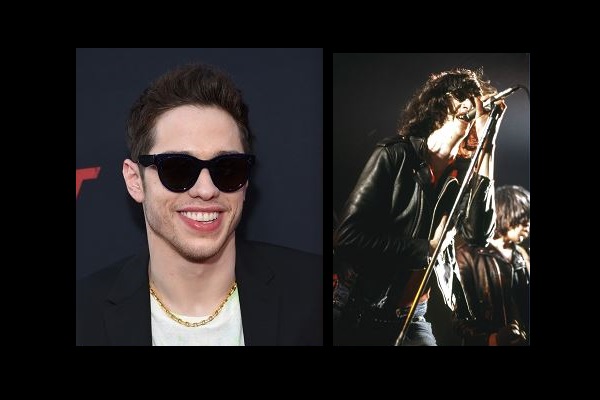 A new Netflix biopic about punk icon Joey Ramone is on the way, and Pete Davidson has been cast in the lead role. Critics have been sharing their responses to Pete Davidson’s casting as the Ramones frontman, with opinions divided on the decision.

April 15th marked the 20th anniversary of Joey Ramones death, a fitting date to announce the new biopic by STXfilms. I Slept With Joey Ramone is based on the memoir of Joey’s brother, Mickey Leigh, who shared not only a childhood but also a bed with the late star. Davidson is also an executive producer alongside Leigh, Rory Rosegarten, and David Spiegelman. The film will be directed by Jason Orley, who worked with Davidson on Big Time Adolescence and Pete Davidson: Alive from New York.

The casting of Pete Davidson has been criticised by a number of critics, who have shared their views across social media. Although many feel Davidson will do a decent job of reprising the life and juice of Joey Ramone, some feel Adam Driver (Kylo Ren) would have been more suited.

Critic, Evan Rytlewski wrote: “This is good casting. Pete Davidson is a meh comedian and a boring public figure but sometimes a surprisingly decent actor in roles that don’t ask him to do much. Playing Joey Ramone is pretty low on the challenge scale. Also Pete Davidson is tall.”

Not everyone seems to agree with Rytlewski, as Variety’s Manori Ravindran is far less keen on casting Pete for the role. She tweeted, “Calling bull**** on this casting right now. Adam Driver was destined to play Joey. Joey deserves better than this, damn it!”

A number of comments on social media concur with Ravindran’s statement, with one commenting, “HOW are you gonna cast Pete Davidson as Joey Ramone when Adam Driver is right there?”. However, not even this suggestion went down well with everyone, as one guy points out: “Joey deserves way better than Emo Kylo Ren. Hard pass.”

I Slept With Joey Ramone will be produced by Netflix in partnership with STX, and has the support of the Estate of Joey Ramone. Adam Fogelson, chairman of STXfilms Motion Picture Group, released a statement, showing how important this inside story is.

“When you share a bed with someone – and not just a bed, but a childhood, a family, and a lifetime – you know that person better than anybody else. Mickey Leigh not only collaborated with his big brother’s band – he has irreplaceable memories of and insights into Joey Ramone, having supported him when no one else would and witnessed him overcome adversity in the most dramatic way.”

A host of bands came together last month for a livestreamed gig in tribute to the late Ramones frontman. Artists including Creeper, We Are Scientists and The Futureheads celebrated what would have been Joey Ramone’s 70th birthday. The Ramones had some massive hits through their career, such as Blitzkreig Bop, Sheena Is A Punk Rocker, and She’s The One.