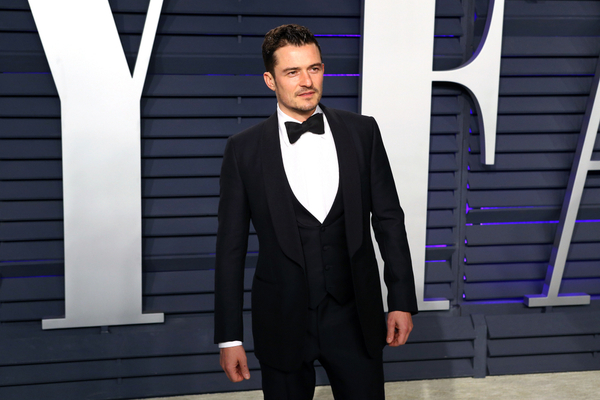 Actor Orlando Bloom has defended his portrayal of Prince Harry in the new cartoon The Prince.

This satirical series was created by Family Guy writer Chris Janetti. It is a satirical take on the inner lives of the royal family.  The cartoon story is told through the eyes of Prince George the son of Prince William and Kate Middleton.

Since the trailer was released by HBO this week, the show has drawn huge criticism as the family are not depicted in the best light, while 8 year old George is shown to be a sassy brat.

One viewer tweeted “With #ThePrince debuting today, we’d like to remind you these are innocent children who don’t deserve to be caricatured &mocked”.

They also added, “They as every other child deserves privacy. These are lives:not “tea.” If you would like a parody of The Royals which doesn’t bully, try @The_Windsors”.

Other viewers also called actors Orlando Bloom and Sophie Turner “hypocrites” as they have always been outspoken about their children’s privacy.

One wrote, “Orlando & Sophie, can’t believe you worked on The Prince after banging on about privacy for your own kids. Total hypocrisy!! Shame on you both for helping mock a child”.

Another viewer added, “All i can say re The Prince cartoon is that: Orlando Bloom and Sophie Turner are hypocrites all for money, i guess”.

‘What a disgrace!!”, another added. “#princegeorge Let’s hope our Queen throws @GaryJanetti in the Tower! Unbelievable that stars #OrlandoBloom and #SophieTurner would want to feature in something taking the piss out of a child! #ThePrince WON’T BE WATCHING #BoycottThePrince”.

“smallest place I’ve ever been in”

Orlando Bloom has defended his decision to voice Prince Harry. The actor also defended his portrayal of the royal. The portayal does appear to mock his red hair and show him in an unflattering light.

In the show, Prince Harry is portrayed as quite dense and confused at the idea of living in an apartment.

“This might be the smallest palace I’ve ever been in”, Orlando’s character says.

“Yes, an apartment palace, I know that. Lots of tiny palaces inside one big palace”.

“loved by some and loathed by others”

Bloom did admit that he was unsure about taking on the role initially.

“Initially, I was like, ‘Hmm, how do I feel about this,’ because I’m a British boy who’s very proud of my roots”, he said.

He continued, “I understand how the Royal Family is loved by some and loathed by others, and I’ve always understood it as part of my heritage and background”.

Bloom admitted that his fiancé Katy Perry convinced him to take the role, calling it “genius”.

What makes this even more intriguing is that Prince Harry and Orlando Bloom are next door neighbours!

On becoming friends with the prince, Bloom said that it was “done with affection”.

“This guy is so nice, and I think he’s got a great sense of humour”, he added. “I hope he maintains that through this because they’re sort of on a pedestal”.

“We’re showing real adoration to them in one form or another”, he added.

“I try to justify it, because quite frankly, if I’m honest, it’s not like me to poke fun at anyone but it is done with affection”.