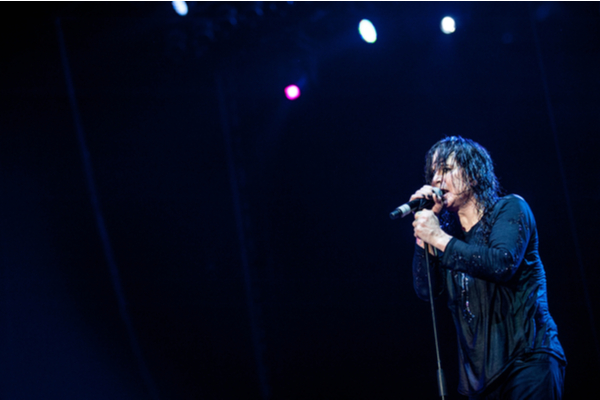 Ozzy Osbourne’s album “No More Tears” will get a vinyl reissuing to mark 30 years since its first release.

Available on September 17, the album will be released as a two disc black vinyl and a Tower exclusive. Osbourne will also release nearly a dozen rare tracks to streaming services for the first time.

This album included hits like “and “Mama I’m Coming Home”, “Road To Nowhere”, and “I Don’t Want To Change The World”. This expanded edition will also contain demo versions of these hits. It will also feature recordings from the Prince of Darkness’ No More Tears live tour in 1992.

His track “Mama I’m Coming Home”, was dedicated to his wife and manager Sharon Osbourne.

He co-wrote the track with Motorhead’s Lemmy Kilmister, with Zakk Wylde on piano.

Kimister once told Rolling Stone,  “When I was writing with Ozzy [for Osbourne’s No More Tears album], his manager just sent me a tape and I put it on and it was him going [Ozzy impression] ‘Aaaeeeaaeeeaah,’ like that, and then you have to figure out words that will fit”.

“I had the music, and then when we got to the studio, I transposed it to the 12-string guitar,” he said. “I was like ‘Oh, let me try it on the 12-string and see what it sounds like.’ That’s how it evolved into the song, originally it was just me and Ozz noodling on the piano”, Wylde said on playing playing the piano for the track.

Osbourne has “A lot of great memories” from making the album

“I have a lot of great memories of making the album”, Osbourne said in a statement.

“We worked hard on the record with [producers] John Purdell and Duane Baron, who became extra two members of the band. Before we went into the studio, we discussed what we were going to do — everything was planned. … But there was also lots of goofing around and we had a good time making it. And [guitarist] Zakk [Wylde’s] playing on it is spectacular”, Osbourne also added.

Wylde also added, “Whatever you’re hearing on the record is pretty much first thing [Ozzy] started singing that naturally came out of him, that he started hearing in his head, which is amazing”.

“My love for him and admiration for him has just gotten even stronger and bigger over the years. It’s bigger than the music”.

Recently, Ozzy and his wife Sharon celebrated their 39th wedding anniversary. More on that here.

Check out the tracklist for Ozzy Osbourne’s reissued “No More Tears” album below.

The NO MORE TEARS’ expanded digital audio album track listing is as follows: