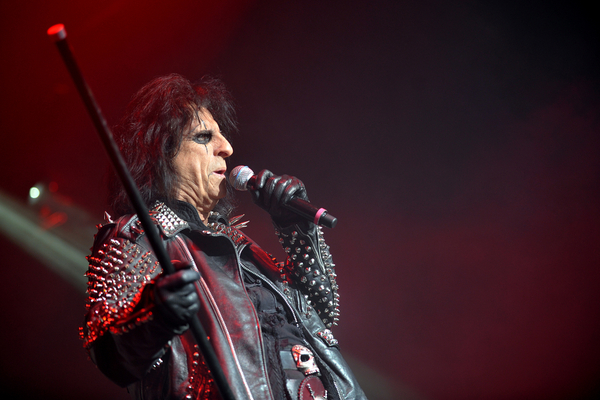 A brand new official colouring book from Alice Cooper is availble. The book is available via UK independent publishers Rock ‘N’ Roll Publishing. It will be published on August 27.

Along with Cooper, other artists on the publisher’s books also include Megadeth, Thin Lizzy, Motorhead and Judas Priest.

The Cooper colouring book also features detailed outlines, giving fans the chance to show off their artistic skills. You can use pens, paint or pencils including artwork from classic tour and shirt designs and albums sleeves from a 50 year career.

Colouring in has proved to have useful metal health benefits, including relaxation, mindfulness and increased focus and can be enjoyed by any age group. It also combines the love of art with the love of music.

This book will do justice to the legacy of the legendary Alice Cooper and his approval.

More on this Cooper colouring book below.

Last week, it was confirmed that Live Nation were offering “$20 All In” tickets for around 1,000 shows featuring artists like Alice Cooper, and Kiss.

Back in May, the CEO Michael Rapino told investors that they have already booked twice as many shows for 2021 as they did in 2019.

“Around the world, people are showing the need to get out and socialise once again which reinforces our expectation that a return to concerts will be the logical progression as vaccines are readily available to everyone who wants to get one”, he said.

He also added, “We are already seeing confirmed major tour dates for 2022 up double digits from the same time pre-pandemic in 2019 for 2020″. More on that here.

Other acts include the like of Kings of Leon, Maroon 5 and Judas Priest.

Meanwhile, on this day in 1997, Alice Cooper released “A Fistful Of Alice”.