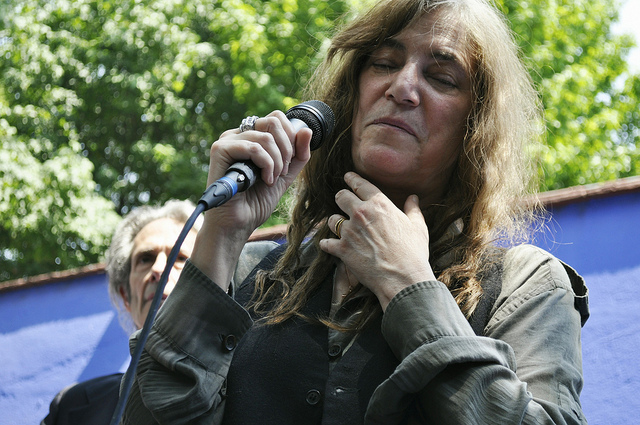 ‘Pathway to Paris’ features tracks from the two day concert which took place at Le Trianon in Paris last December. The founders Jesse Paris Smith and Rebecca Foon organised the event and hoped it would provide a platform for artists, politicians and activists to unite on the pressing topic and inspire proactive change.

The album features 11 songs and 6 speeches from the two day event. Thom Yorke performed ‘Bloom’ while Patti Smith performed ‘Wing’ and ‘People Have The Power’. Click here to view of the some performances from the album.

The ‘Pathway To Paris’ Tracklist includes:

Plus speeches from Jo Scheuer and author/activist Dr. Vandana Shiva among others.

The event and album will raise funds for 350.org, United Nations Development Programme and The Fight For Climate Justice. The live available is available now, check it out here.