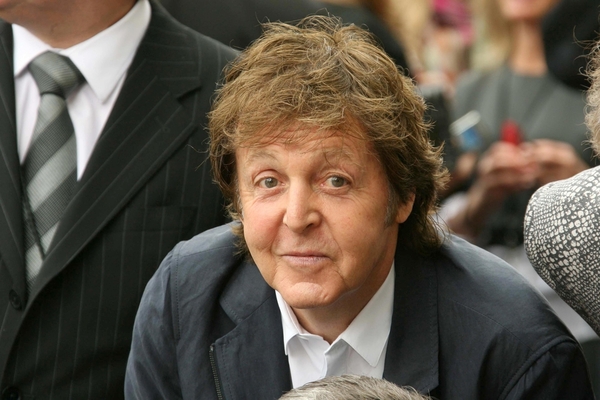 Some of the music world’s biggest names are contributing items to an upcoming charity auction.

Julien’s Auctions are hosting the Musicares Charity Relief Auction at Beverly Hills and online at juliensauctions.com on January 30th. The auction will precede the 64th Grammy Awards ceremony. Proceeds will go to music industry charity Musicares, which provides support services to musicians affected by issues such as mental and physical health, addiction and disaster relief.

A host of musicians have offered valuable items to the auction. Paul McCartney has contributed a signed sunburst Hofner brand B-Bass Hi Series violin bass guitar, which is expected to fetch between $4,000 and $6,000. McCartney played the instrument during the Let it Be sessions and during the famous Apple rooftop concert.

Keith Richards has signed a Gibson ES-335 in Ebony headed for the auction. The guitar comes with a unique four second video which authenticates his signature. Initially released in 1958, the Gibson ES-335 went on to become Gibson’s most popular guitar among musicians. Richards’ signed model is estimated between $6,000 and $8,000.

Korean boy band BTS have donated the costumes from last year’s Grammy Awards ceremony, valued between $30,000 and $50,000. They’ve also offered an Epiphone brand 56 Les Paul Pro ebony electric guitar signed by the band members RM, Jin, SUGA, j-hope, Jimin and V on the body, and Jung Kook on the pickguard, estimated between $4,000 and $6,000. Also on offer are three rings worn by j-hope with a value between $2,000 and $4,000.

Along with her music, Joni Mitchell is known for her paintings. Headed to auction is her signed and framed oil painting of Jimi Hendrix. This item is estimated to go for somewhere between $2,000 and $4,000.

Another musician who dabbles in painting is KISS’s Gene Simmons, who has donated two signed and framed paintings titled Immortal and Skull Candy. They’re valued between $1,000 and $2,000 each.

If you have between $4,000 and $6,000 you can purchase Bono’s handwritten lyrics to U2’s latest song, Your Song Saved My Life. The track features on the soundtrack of the upcoming animated sequel Sing 2.

In 2017, Musicares honoured the late Tom Petty as their person of the year. At that time he signed a white Gibson brand ES-355 Bigsby VOS electric acoustic guitar, which is now headed to the auction courtesy of Gibson Gives. The successful bidder will also receive a limited edition Tom Petty and the Wildflowers 9LP DTC Ultra Deluxe edition box set along with a unique and hand-made necklace by Maria Sarno. The value of this lot is between $6,000 and $8,000.

Rick Astley Still Has ‘No Idea’ Why Foo Fighters Invited Him...