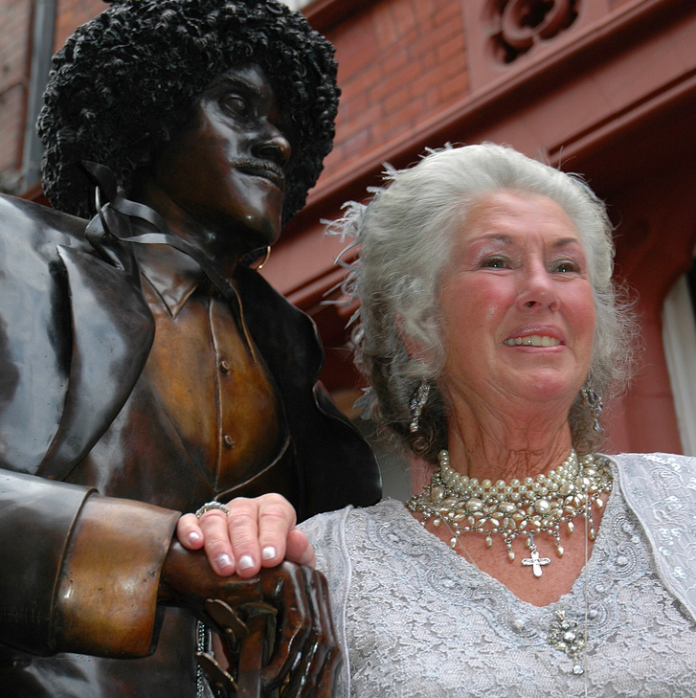 Philomena Lynott, well-known mother to Thin Lizzy frontman Phil Lynott, was the latest addition to the National Wax Museum Plus today. Her wax figure now stands next to her son’s in the Hall Of Fame.

We are very happy to honour our longtime friend Philomena Lynott with her very own waxwork to stand beside that of her son, Phil Lynott. She has been a strong supporter of our museum throughout the years and this tribute is a thank you to Philomena. https://t.co/DEKOMpkMv7 pic.twitter.com/fwFWJyCpGW

Speaking about the launch, Ed Coleman, who is The General Manager of The National Wax Museum Plus, said the following: ‘2018 begins on a bit of an emotional note with a waxwork of our long-time friend and patron, Philomena Lynott. We’re particularly proud that the introduction of her waxwork coincides with the centenary celebration of women’s suffrage. Philomena is our Queen Mother of Irish Rock ‘N’ Roll and we are proud to display her waxwork in the Museum.’

Marketing Manager Laoise Keaveney also spoke about the process of making the figure:

‘When making Phllomena Lynott’s waxwork we had a rather unique process. We felt it rather appropriate to undertake the measurement process in Apollo Studios. This is the last recording studio in Ireland Phil Lynott recorded in before he died and it allowed us privacy and comfort to measure Ms Lynott amongst her sons valued posessions. We used a mix of old style techniques and 3D Scanning with this waxwork. 3D Scanning was used to create a digitial scan of Ms Lynott which helped our sculptor measure every detail. He followed this up with more traditional techniques in order to get a full understanding of Ms Lynott’s measurements.’