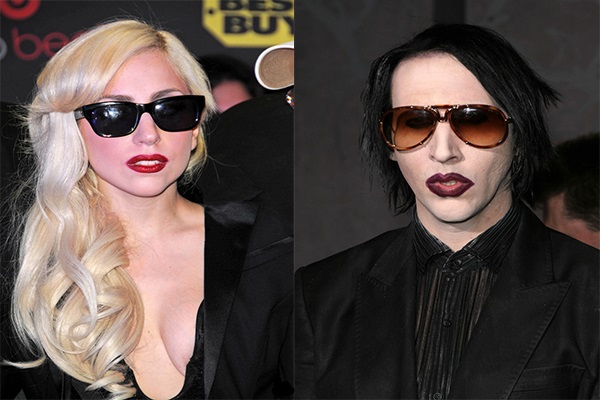 All the signs would seem to suggest that Marilyn Manson And Lady Gaga are collaborating. Although there’s been no official confirmation, speculation is growing that a potential release is on the cards. The rumours began when Lady Gaga started posting mysterious, Manson type photos on Instagram without any message.

Fans were quick to spot the similarities of the photos to Manson’s Mechanical Animals album artwork. One poster said on Twitter, “Lady Gaga is weird again and my wig just flew to Jupiter. also, this looks like the female version of Marilyn Manson’ Mechanical animals and I’m so here for it”.

It was then pointed out by a shrewd observer that Manson recently started following Gaga in Instagram, and that he had “liked” one of her posts.

According to the website DoesFollow, which tracks who follows who on Twitter, Manson began his online connection with  Gaga on August 27th. To date, Gaga has not followed him back. She also hasn’t followed the evil lord of debauchery on Instagram either. Awkward!?

Producer Boys Noize has sparked further speculation after posting a photo of Manson on Instagram with the caption, “Mood.” A few months ago Noize had teased that he and Gaga were in the studio together. His link to Manson is his 2007 remix of “Putting Holes in Happiness.”

Gaga had stated that she had begun work on a new record in 2017, and the star set to star in Bradley Cooper’s forthcoming remake of the 1937 classic film, A Star Is Born. Manson is currently on a co-headlining tour with Rob Zombie, during which he experienced a stage collapse last week. You can read more on that and see the video here.

A Rockin’ Royal Visit! Queen And Adam Lambert at 3Arena