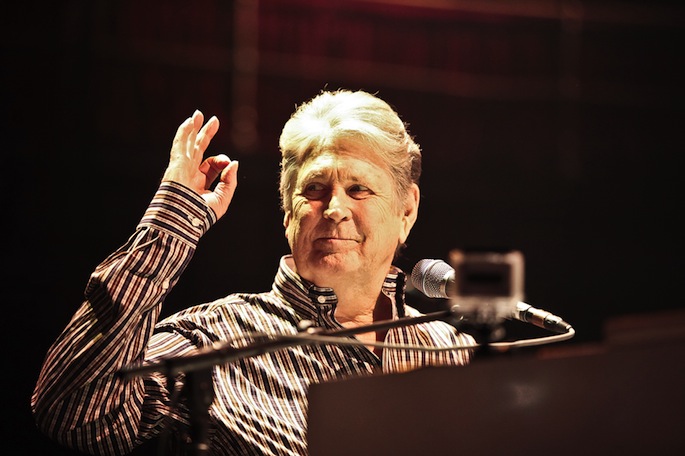 Brian Wilson is set to play his Greatest Hits Live at Vicar Street this month, The Beach Boys legend will delight Dublin on 21st and 22nd August 2018. Special Guests come from Al Jardine & Blondie Chaplin. We take a look at some of Wilson’s finest musical moments ahead of the show!

Wilson will deliver his greatest hits live including selected songs from Pet Sounds, his top hits and fan favorites spanning his 54-year career with The Beach Boys. Few songwriters have had a career as long and successful as Wilson. Since the early ’60s, he has penned some of the most iconic and influential American pop music of the past century.

“Surf City” is not the most interesting song in Wilson’s catalogue, but it’s the most powerful of his early surf songs, and as his first number one, it holds a special place in the pop hall of fame.

“Don’t Let Her Know She’s An Angel” has all the harmonic tones, melodic beauty, and personal lyrics that makes Wilson’s writing so special.

Stripped to its essentials, this is a sophisticated piece of pop beauty. Van Dyke Parks’s lyrics are cryptic and poetic. They flow out of Wilson’s melody in a dreamlike stream of consciousness way.

6. “When I Grow Up (To Be A Man)” Written by Brian Wilson and Mike Love

“When I Grow Up” is massively catchy and even fun. That mix between innovative art and heartfelt, sunshin laden  fun is what makes Wilson’s music so special. Released as the first single on The Beach Boys Today!, “When I Grow Up” captures the transition from early to mid-career Beach Boys.

With lush strings, loud drums, and stacks of harmonies, Wilson manages to take the Phil Spector sound and begin to forge it as his own on “Don’t Worry Baby”.

The song contains some of his most powerful vocal arrangements, as well as lush layers of guitars, organs, and punctuations by a vibraphone. “Please Let Me Wonder” stands on its own as one of Wilson’s most personal and affecting ballads.

3. “The Warmth of the Sun” Written by Brian Wilson and Mike Love

The song goes down as smooth as any other early-‘60s pop ballad, but the layers of intricate vocals underneath the chords add a richness to “The Warmth of the Sun” that only Wilson can achieve.

1. “God Only Knows” from Pet Sounds(1966) Written by Brian Wilson and Tony Asher

“God Only Knows” serves as a perfect vehicle for of all the beauty, experimentation, and melodic charm of the album Pet Sounds. “God Only Knows”, is the kind of perfect pop song that continues to reveal new layers on each listen.