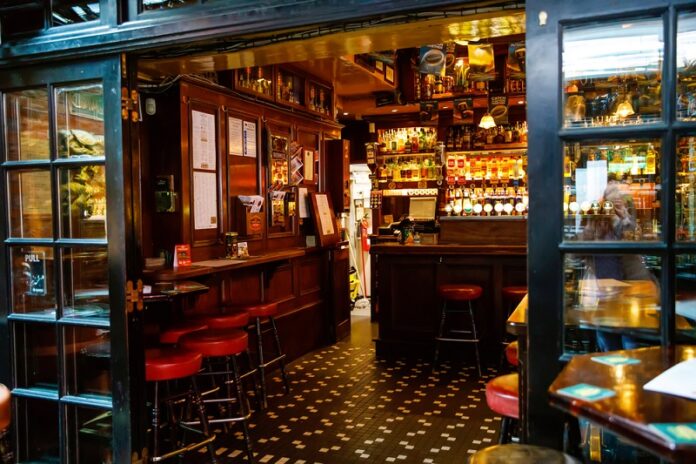 Publicans have once again urged the Government to re-open hospitality. They have branded the current restrictions on pubs and restaurants “pintless”.

Meanwhile, some pubs in Ireland marked 400 days since they were last open for business last week.

They want all forms of hospitality including, bars, restaurants, gastro-pubs and hotels to re-open. They want them to re-open without any division between food and non-food businesses or the requirment of a “substantial” meal. This “substantial meal” was recently branded a “mockery” by Minister for Higher Education Simon Harris.

The Licensed Vinters Association of Ireland have added that Government “urgently” needs to publish its plan for re-opening the hospitality sector. The VFI have stated that outdoor dining must be allowed to return on May 28, followed by indoor trading on June 18.

A recent survey showed that 90% of publicans in the Republic of ireland want to re-open like “in the North” and have warned that an influx of people will just travel to the North when pubs re-open there on Friday (1 May). Indoor dining is then due to return three weeks later.

The Vinters Association’s CEO Padraig Cribben said that the survey shows that “swift action” is needed from the Government if the sector is to be saved.

“The survey of VFI members reveals an overwhelming demand for the Government to follow the Northern Ireland reopening strategy. Given the North is planning to fully reopen its pubs and hospitality sector in May it would be crazy to have two different systems in place on the island”, Mr Cribben remarked.

“Getting it in the neck”

Taoiseach Micheál Martin admits that he has been “getting it in the neck” about easing restrictions. But, he said that cabinet will only open sectors if they can stay open.

He said, “We’re going to continue to follow the science and of course, outdoor, is the theme for the summer”.

However, there is increasing concern that people will just travel across the boarder to frequent pubs.

A pub owner from Clontiberet, Co Monaghan Brian Renaghan slammed the “crazy situation” which will mean that his pub will have to remain closed while a pub just a few miles from him will be able to re-open on Friday.

Brian said, “I’m just beside the border. Derrynoose would be the closest bar to me in the north. In Derrynoose there is a pub and a GAA bar. From my door it is about three and a half miles away”.

He also commented, “It is absolutely bonkers. All my customers are deemed safe to drink in the pubs less than five miles away from me but it is not deemed safe for them to drink in my pub”.

“It doesn’t make any sense to have one bar open and one bar just down the road closed. It doesn’t square up no matter what way you look at it.

GP’s Call For Government Action On Out Of Hours Services