Advertisement
Home Classic Albums You Can Listen to Queen’s ‘Sheer Heart Attack’ In Full From 11PM... 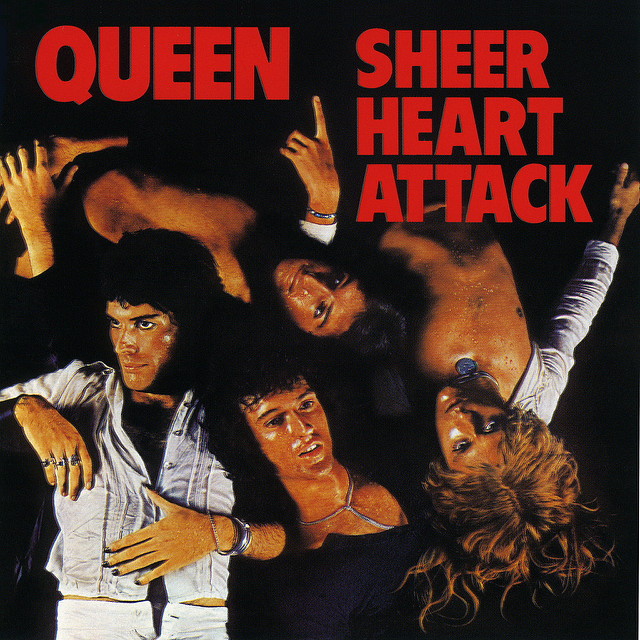 Sheer Heart Attack is the third studio album from Queen and it was released on the 8th of November, 1974. The album would launched Queen to mainstream popularity both in the UK and internationally.

Queen II was a breakthrough in terms of power and ambition, but Queen’s third album Sheer Heart Attack was where the band started to gel. It followed quickly on the heels of the second record — just by a matter of months; it was the second album they released in 1974 — but it feels like it had a longer incubation period, so great is the progress here.

Which isn’t quite to say that Sheer Heart Attack is flawless — it still has a tendency to meander, sometimes within a song itself, as when the killer opening ‘Brighton Rock’ suddenly veers into long stretches of Brian May solo guitar — but all these detours do not distract from the overall album, they’re in many ways the key to the record itself: it’s the sound of Queen stretching their wings as they learn how to soar to the clouds.

There’s a genuine excitement in hearing all the elements to Queen’s sound fall into place here, as the music grows grander and catchier without sacrificing their brutal, hard attack. One of the great strengths of the album is how all four members find their voices as songwriters, penning hooks that are big, bold, and insistent and crafting them in songs that work as cohesive entities instead of flourishes of ideas.

This is evident not just in ‘Killer Queen’ — the first, best flourishing of Freddie Mercury’s vaudevillian camp — but also on the pummeling ‘Stone Cold Crazy,’ a frenzied piece of jagged metal that’s all the more exciting because it has a real melodic hook. Those hooks are threaded throughout the record, on both the ballads and the other rockers, but it isn’t just that this is poppier, it’s that they’re able to execute their drama with flair and style.

There are still references to mystical worlds (‘Lily of the Valley,’ ‘In the Lap of Gods’) but the fantasy does not overwhelm as it did on the first two records; the theatricality is now wielded on everyday affairs, which ironically makes them sound larger than life. And this sense of scale, combined with the heavy guitars, pop hooks, and theatrical style, marks the true unveiling of Queen, making Sheer Heart Attack as the moment where they truly came into their own.

4. Flick of the Wrist

5. Lily of the Valley

11. Bring Back That Leroy Brown

12. She Makes Me(Stormtropper in Stilettoes)

13. In the Lap of the Gods….Revisited

Long Weekend Long Play with Thanks to Molson Canadian