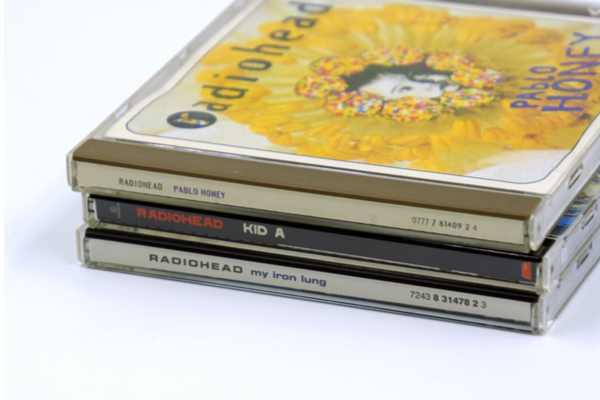 The reissue “Kid A Mnesia” is a special 21st anniversary celebration of the albums “Kid A” and “Amnesiac”.

Originally released in October 2000 and May 2001 respectively, both albums were also the subject of a suggestive video shared by the band yesterday.

Soundtracked by Amnesiac”s opening track ‘Packt Like Sardines In a Crushd Tin Box’, the video also features a pair of hands trying to tape CD copies of “Kid A” and “Amnesiac”. They eventually succeed.

This special album reissue will be released by Radiohead via XL Recordings on November 5.

This release will also include a new third disc called “Kid Amnesiae”. This will consist of unearthed material from the “Kid A” and “Amnesiac” sessions.

On top of all this, the reissue from Radiohead will feature a previously unheard track “If You Say The Word”, which you can check out below.

It will also consist of alternate versions and elements of “Kid A” and “Amnesiac” albums. The album also includes B sides. A previously unreleased studio recording “Follow Me Around” is also included.

You can also check out the tracklist below.

Last year, guitarist Ed O’Brien had hinted that a celebration of these albums was on the cards.

“Due to the nature of it, I can’t fully reveal anything – but there have been talks about ways of doing something. Everything gets thrown up in the air with coronavirus, so a lot of ideas are being mooted . . .”, he said.

Back in February, a sketchpad that was used by Radiohead to jot down ideas for their album “Bends” was also sold at an auction. More on that here.

Garage Contents From Guitar Legends Are Under The Hammer