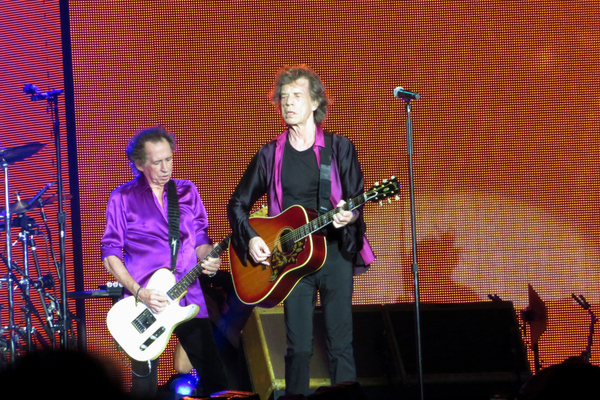 Mick Jagger and Keith Richards have explained why the Rolling Stones have not played their hit “Brown Sugar” on their current No Filter Tour.

The band began their resumed No Filter on September 26 in St Louis. During their live gig, Mick Jagger made it his business to pay tribute to the late Rolling Stones drummer Charlie Watts, who passed away in August aged 80.

Last month, Jagger also described Watts as the “heartbeat” of the band.

“He was not to be perturbed. He was a very reliable person, wasn’t a diva – that’s the last thing you want in a drummer”, he said.

“I miss Charlie because he had a great sense of humour and we also were… outside of the band, we used to hang out quite a lot and have interesting times. We liked sports, we’d go to football, we’d go to cricket games, and we had other interests apart from music”.

“resurrect the babe in her glory”

In a new interview for the LA Times, both Jagger and Richards were asked about Brown Sugar’s omission. Specifically, the band were asked was it to do with the track’s opening reference to slavery  “Gold coast slave ship bound for cotton fields”.

“You picked up on that, huh?”, Richards replied. “I don’t know. I’m trying to figure out with the sisters quite where the beef is. Didn’t they understand this was a song about the horrors of slavery? But they’re trying to bury it”.

He also added, “At the moment I don’t want to get into conflicts with all of this shit. But I’m hoping that we’ll be able to resurrect the babe in her glory somewhere along the track”.

“We’ve played ‘Brown Sugar’ every night since 1970, so sometimes you think, ‘We’ll take that one out for now and see how it goes”, Jagger added. “We might put it back in. The set list in a stadium show, it’s kind of a tough one. We did ‘Let It Bleed’ last night, which I managed to play on 12-string guitar”.

Are These The Worst Eurovision Performances Ever?