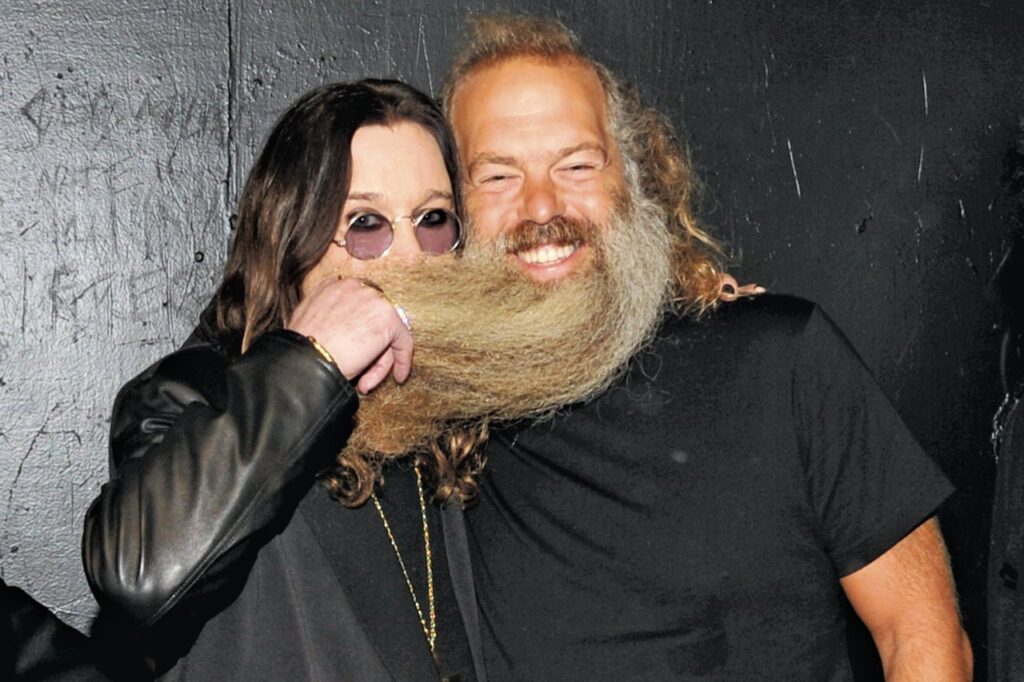 Rick Rubin has laid down the gauntlet in the latest ALS Ice Bucket Challenge.

The legendary producer, who co-founded Def Jam Records with Russell Simmons, has turned the ALS challenge into a spiritual experience.

Rubin has worked with artists such as Tom Petty and the Heartbreakers, Black Sabbath, Red Hot Chili Peppers, Rage Against the Machine and Mick Jagger.

The grainy footage, which seems like it was filmed from a camera as old as Rubin, shows the 51 year-old, dumping bucket after bucket full to the brim with ice, into a metallic bathtub.

Rick then slips into the ice filled tub and submerges his entire body under the water. He then re-emerges from underneath the ice and adopts a lotus pose.

In the ice he sits, in a meditative sate, with a Buddhist like expression of contentment on his face.