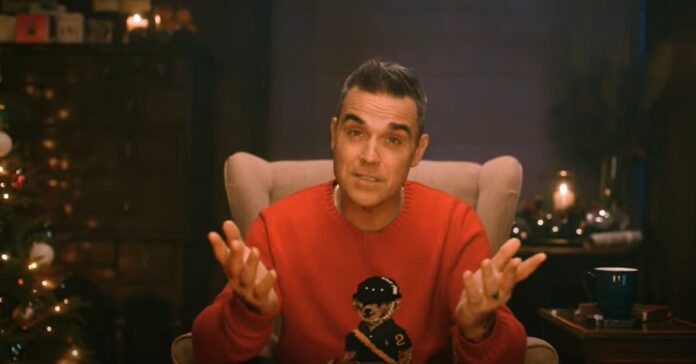 The video captures the spirit of the song’s playful lyrics which reflect on an unprecedented 2020 with nods to Facetimes and Zooms, socks and hand sanitisers as perfect Christmas gifts, online shopping and social distancing: “Santa’s on his sleigh, but now he’s two metres away.”

‘Can’t Stop Christmas’ is a fun take on the traditional Christmas song with Robbie working once more with long-time producers Guy Chambers and Richard Flack.

The single is taken from the critically acclaimed ‘The Christmas Present’ – Robbie’s most recent and first ever Christmas album.

The album gave Robbie his 13th Number 1 solo album last December, meaning he reached the amazing feat of equaling Elvis Presley’s chart record as the solo artist with the most UK Number 1 albums.

You can watch the video here:

Neil Young Pulls Out Of Farm Aid Due To Covid Concerns