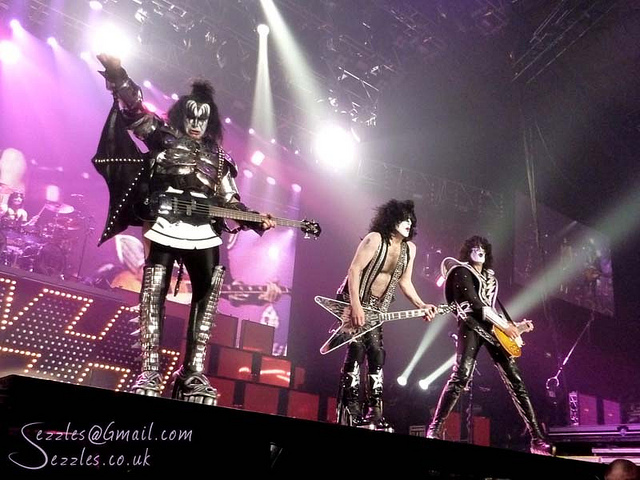 Gene Simmons has taken time off from making ridiculous statements about depression and the importance of wealthy 1% of the world.

Now he’s moved on to making absurd and laughable declarations that ‘rock was murdered’.

Speaking with Esquire, Simmons says, “The death of rock was not a natural death. Rock did not die of old age. It was murdered. Some brilliance, somewhere, was going to be expressed , and now it won’t, because it’s much harder to earn a living playing and writing songs.”

He added, “For performers who are also songwriters – the creators – for rock music, for soul, for the blues – it’s finally dead. Rock is finally dead. It’s very sad for new bands. My heart goes out to them. They just don’t have a chance.”

Simmons blames the internet generation, “The masses do not recognize file-sharing and downloading as stealing because there’s a copy left behind for you — it’s not that copy that’s the problem, it’s the other one that someone received but didn’t pay for. The problem is that nobody will pay you for the 10,000 hours you put in to create what you created.”

And who are the music thieves that slayed rock music, “predominantly white, middle- and upper-middle-class young people who were native-born, who felt they were entitled to have something for free, because that’s what they were used to.”

Since the Simmons interview came out, Foo Fighters took to Twitter and Facebook to express their disagreement. The band posted a link to the interview alongside the caption, “Not so fast, Mr. God of Thunder.”