Meath Man Sean Cox remains in a critical condition after the incident outside Anfield.

The return leg is in Rome tomorrow at the atmospheric Stadio Olimpico and coach Eusebio di Francesco says he hopes nothing like that will repeat itself.

“Every set of supporters has some bad apples, who do things that they shouldn’t. As I’ve said, I stand shoulder to shoulder with Sean Cox and his family and I’m against all forms of violence. I can assure you that at Roma, there are true, passionate and non-violent fans. All over the world, unfortunately, there are those who ruin great evenings like the first leg. I hope it’s an enjoyable occasion for those coming to the stadium tomorrow, that’s what I’m pleading for.”

Roma’s squad have been training ahead of tomorrow’s semi final second leg with Liverpool.

Across their training shirts were the words “Forza Sean”, in tribute to Liverpool fan Sean Cox who remains in critical condition following an attack by Roma fans last week.

Adam Lallana has been included in Liverpool’s squad for tomorrow night’s game.

The midfielder’s last start lasted just 5-minutes at Crystal Palace a month ago, but Liverpool are light on options in the centre of the park.

Liverpool take a 5-2 first leg lead with them to the Italian capital. Roma overturned a 3-goal deficit against Barcelona in the quarter finals.

Di Francesco: “The club and I stand shoulder to shoulder with Sean Cox and his family and we are united against all forms of violence. The vast, vast majority of Roma fans are true and well-meaning supporters. I hope it’s an enjoyable occasion tomorrow.”
#ASRoma #UCL #RomaLFC

Important information for supporters heading to Rome. Please read the travel advice carefully and fill out our online form at https://t.co/wLu9e2BiIy pic.twitter.com/KibgnIT1DC 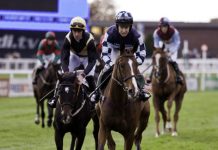 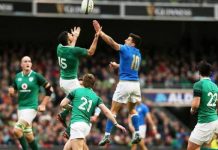